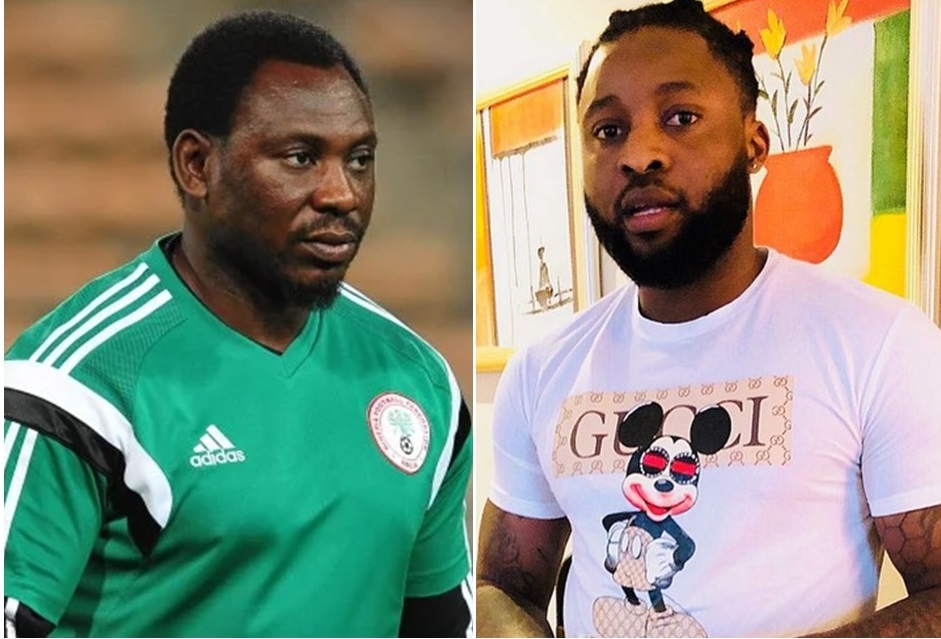 Former Super Eagles assistant coach Daniel Amokachi has replied Raheem Lawal over an allegation that he was unfairly dropped from the 2013 Africa Cup of Nations winning squad.

Lawal, who currently plays for Turkish second division club, Akhisarspor, in an Instagram post yesterday blamed former goalkeeper trainer Ike Shorunmu for not standing up for him despite both of them sharing same Mushin, Lagos roots.

He also alleged that Amokachi dropped him because he had particular players he was interested in selling.

The 31-year-old was invited to the Eagles alongside Nosa Igiebor and Obiora Nwankwo in 2012 following their impressive displays with the U-23 side during the 2011 CAF U-23 Championship, where he was the joint top scorer with three goals.

But prior to the 2013 AFCON in South Africa, the former Omanlispor was dropped from the squad.

Reacting to his exclusion from the squad eight years after, Lawal wrote on his Instagram Status, “Amokachi you denied me the MON title in 2013 AFCON. I still got the pain in my heart forever.

“Amokachi you dropped me last minute of 2013 AFCON because you want (sic) to sell some players to Super Eagles.

“But remember that your children have started playing football. Keep resting in peace big boss Keshi.

“Funniest part is that they called the list three times because Amokachi wants (sic) me out from the squad.

“Even the Super Eagles goalkeeper trainer Ike Shorunmu from Idi Oro Mushin could not fight for me.

“Local Mushin boy and only Yoruba for (sic) the squad then who have (sic) nobody in the team then.”

However, Amokachi said the midfielder was dropped because he was not in the right state for selection into the title-winning team.

He urged Raheem to forgive him and every other person he blamed for his omission.

Amokachi said: “For me 100 percent when names were mentioned on who could take over from Jay Jay Okocha, Raheem was the closest to him and that is the truth,” Amokachi stated on Monday in an interview on Brila FM.

“He was not in the right state as at that particular time and that was why we had younger players from the home-based team take his place.

“So, it was difficult for any player who was not in the right state or not doing well at that point with his club to make the team.

“Don’t blame anybody for your failure, but if you think we were the ones that made you not to go to 2013 AFCON or that you did not get the MON title that you wanted, my apologies. Honestly, it was not me, but for you not to have been taken, forgive us for not taking you. Anytime, it will be my pleasure to give you my MON honour.”

The former Everton and Besiktas forward also added that both Joseph Yobo and Emmanuel Emenike also had ‘football issues, with the technical crew but were resolved.

“As a coach, some players always look at you as if you do not like them and as a head your race is for the best.

“We had a rumble with Joseph Yobo and Emmanuel Emenike but these are the people I’m close to today.

“In 2013, Yobo was struggling, injury wise, but when you tell him to seat on the bench it becomes a row and you understand these things like that.

“But when you grow older you become wiser, you see why some things need to be done in certain ways and you get the clear picture, that is the truth about life.

“I admire Emenike and the big man Yobo. Anyone that is outspoken and fight for what they know is right is my man. I love people like that.”