Lagos in urgent review of 54 obsolete laws in parastatals 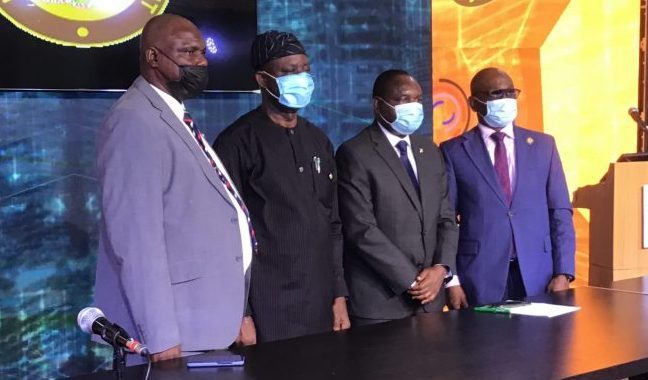 Top government functionaries at the briefing

The Lagos State Government on Tuesday said it has kicked off move to urgently review 54 obsolete laws in parastatals across the State.

Special Adviser to the Governor, Parastatals Monitoring Office (PMO), Afolabi Ayantayo disclosed this at a ministerial press conference to mark the second year of Governor Babajide Sanwo-Olu in office.

He said the move was to raise the standard of performance of the Parastatals and ensure that their mandates as established in their enabling laws could meet the service requirement of the 21st century society.

“The PMO, in collaboration with the Ministry of Justice through the Law Reform Commission Office embarked on the review of enabling laws of the Parastatals that are either obsolete or hindering their operational guidelines.

“A total number of 54 of such enabling laws have been forwarded to the Law Reform Commission for review. Hopefully, when the exercise is completed affected agencies would have better enabling laws that would enhance their operations and deliver their services effectively,” he said.

He added in the next few months, monitoring and evaluation would be intensified to ensure that the Parastatals keep to their key performance indicators (KPIs) for achievement of their set goals.

According to him, reports generated from these would be forwarded to the governor to keep him abreast of the situations at the Parastatals and government owned companies.

“We also want to intensify our efforts at getting entrepreneurs to establish business relationship with our Parastatals and government owned companies. This will promote expertise, goal driven activities, effective delivery of services to the people and achieving the 21st Century Economy of this administration.

“We will intensify efforts to ensure that all obsolete laws of the Parastatals and government owned companies under review are completed,” he stated.

Ayantayo also said following the unfortunate EndSARS protest and the attendant heavy destruction of public and private properties, the State suffered a heavy damage to critical public property and that this nearly brought the State to a standstill economically.

He said the Parastatals were not spared, as their assets were either stolen or destroyed, explaining that to determine the level of the damage of the Parastatals, the office carried out on-the- spot assessment of destroyed and stolen assets of the state’s Parastatals.

“The report of the assessment has been forwarded to Mr. Governor. It is pertinent to mention here that 20 (Twenty) Parastatals were affected in varying degrees.