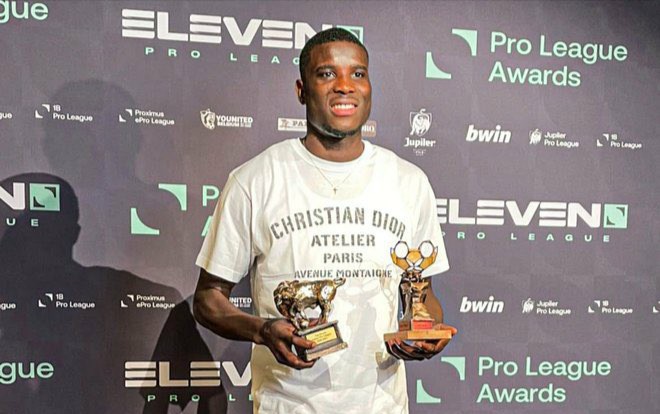 Paul Onuachu, Super Eagles’ striker, has been named the Belgian Jupiler Pro League Golden Boot and Player of the Season Awards at the Pro League Awards.

The towering forward scored 33 league goals in 38 games to receive the golden boot and also provided five assists, contributing to a goal per game in the just concluded season.

His heroics also helped Genk win the Belgian Cup and finished 4th in the league table but second in the championship league and secured Champions league qualification.

The 26-year-old’s form deservedly earned him a place back in the Super Eagles squad and he scored the only goal in the 1-0 defeat of Benin to help secure Nigeria’s promotion.

He is now a subject of transfer interest from top European clubs in the Netherlands, England and Spain.