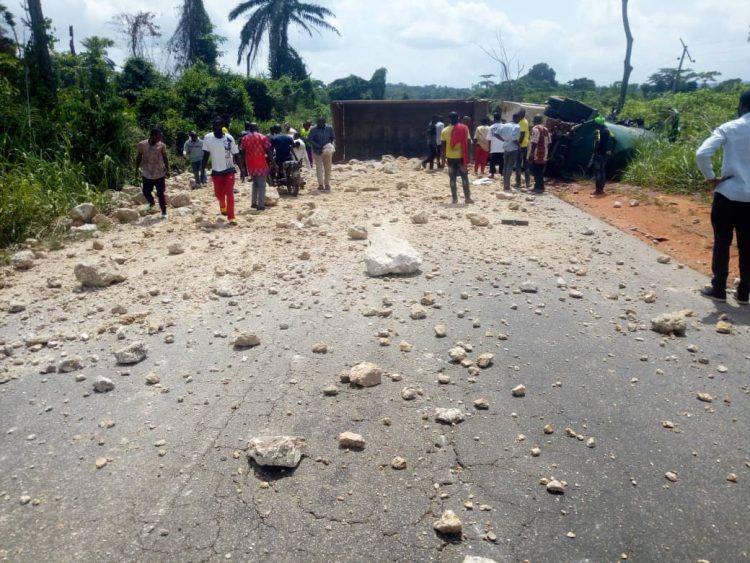 Scene of the accident

A tanker driver has reportedly lost his life in a head-on collision involving two articulated trucks, that occurred on Tuesday, along the Benin-Auchi highway.

Five other persons were said to have also sustained varying degrees of injuries in the road crash.

Eyewitnesses reported that the crash occurred when the diesel-laden tanker collided with the other truck conveying sand, leaving the driver of the tanker dead on the spot.

The incident resulted in serious traffic gridlock, as the crashed vehicles blocked the highway, causing hundreds of travellers and other road users plying the road to be stranded for several hours.

Many stranded commuters were frustrated, as they could not continue on the journey to their respective destinations.

They called on relevant authorities to help manage the situation and control the traffic.

As at the time of filing this report, the Edo State Sector Commander of the Federal Road Safety Corps (FRSC), could not be reached for comment on the incident.