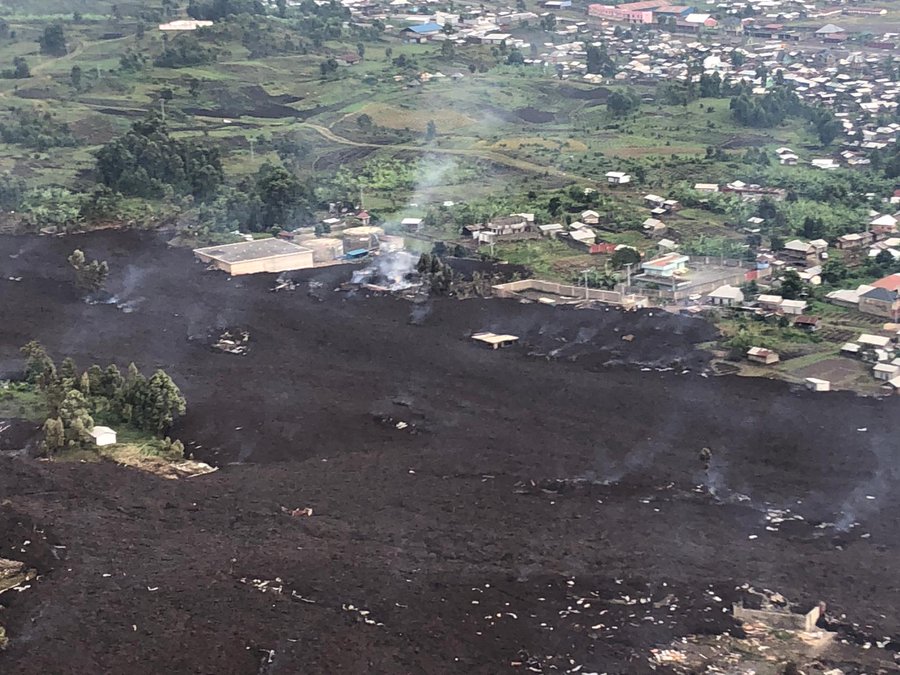 Earthquakes in Goma after the Mount Nyiragongo volcanic eruption

No fewer than 119 earthquakes were recorded on Monday in Goma, in the Democratic Republic of the Congo (DRC), after the nearby Nyiragongo volcano erupted on Saturday.

The Goma Volcano Observatory (OVG) said late Tuesday that the scale of the earthquakes is gradually decreasing.

“The intensity is starting to decrease,” Kasereka Mahinda, head of scientific research said, warning that the tremors could still cause damage.

The eruption of the volcano was reported on Saturday night on the outskirts of Goma, capital of North Kivu Province.

According to local authorities, the death toll rose to 32, while about 2,000 households have been destroyed.

Seismic movements, some of high intensity, are still noticeable in the area, causing cracks in local residences.

A 5.3-magnitude earthquake struck on Tuesday morning in the Rwandan district of Rubavu, bordering the DRC, fuelling concerns about a new eruption