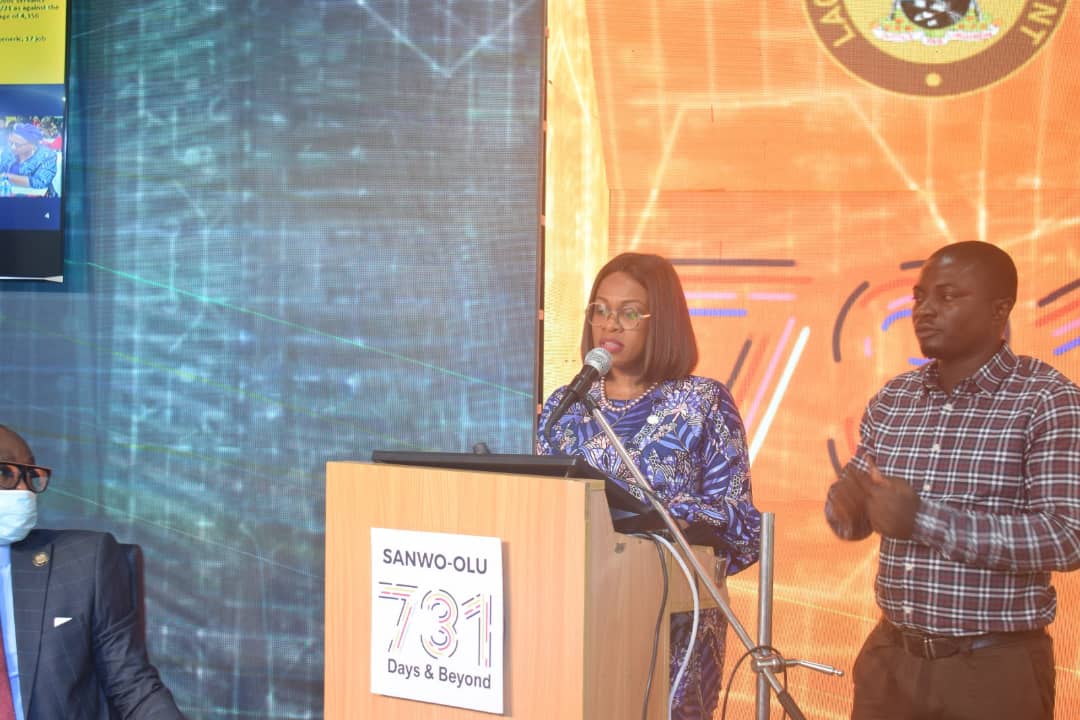 The Commissioner for Establishments, Training and Pensions, Mrs Ajibola Ponnle made this known on Wednesday at a ministerial press briefing to mark the second year of Governor Babajide Sanwo-Olu’s administration in office.

Ponnle added that the ministry launched a web portal for prospective retirees and retired officers to interact seamlessly with the Commission on the management of their entitlements. Won awards as the most compliant State in the dispensation on several occasions.

She also explained how the entire public service witnessed impressive capacity development despite the restrictions on physically gathering following the outbreak of covid-19 pandemic last year.

The commissioner revealed that over 73,448 public servants were trained in 2020 as against the yearly average of 3,000 trained employees.

She said the Ministry leveraged on several online virtual platforms to embark on training programmes in a successive manner for the State’s employees.

Giving a breakdown on the various training programmes, Ponnle said that 73 Ministries, Departments and Agencies, MDAs of government directly benefitted from the training initiatives which was over 30 generics and 17 job specific.

The Commissioner also said that the Ministry has begun the review of the Public Service Rules, PSR, to ensure that conditions of Service were at par with global standards, saying that the state government has already noted some areas in the PSR in dire need of review and that work is also ongoing on the creation of Lagos State Schemes of Service to attract and retain talents that suit the peculiarities of the State as well as accommodate the changing curriculum of Tertiary Institutions.

As a way of encouraging personal growth and development among government employees, Ponnle stated that 186 officers were granted admission for various courses at the Federal Training Centre within the period under review.

She also added that Key Performance Indicator, KPI was introduced to the civil service under the present administration in the State, informing that 215 officers across 20 MDAs have so far been trained successfully on the use of the KPI Framework from when the first phase of the KPI framework Workshop began in February with 6 MDAs up till the second phase which commenced on 12th April with 14 MDAs.

Speaking on the relationship between the State Government and the various unions in the State, the Commissioner said that the ministry few days ago, organized a training workshop for Labour Leaders on “Strengthening Trade, Union Leadership, mitigating the movement’s succession challenges and fostering sustainable industrial harmony for a more prosperous Lagos State”

Ponnle further disclosede that the government paid N4,203,784,514.49 to pensioners in the state under the Defined Benefits Scheme otherwise known as ‘Pay As You Go’ from May 2019 to March 2021.

Ponnle disclosed that as part of commitment to the welfare of pensioners, Sanwo-Olu approved payment of 33% increment for all State pensioners under the Defined Benefit Scheme and also paid the balance of the 25% rent allowance for officers on Grade Level 07 and above who retired between May 2000 and August 2004.