37 'smart schools' spring up in Nigeria [Details on facilities] 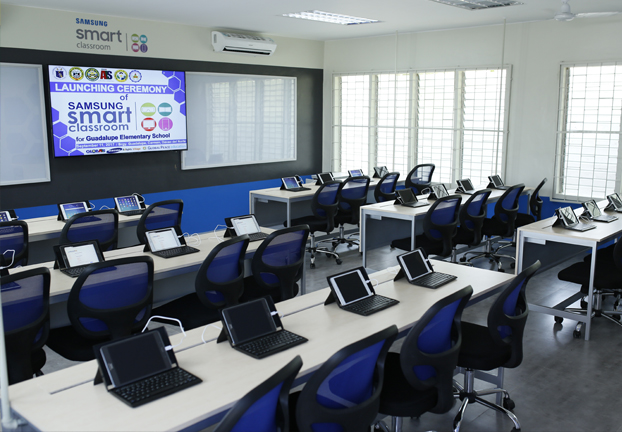 The Federal Government has begun building of 37 “smart schools” across the country to boost Information Communication Technology (ICT).

Bobboyi said that extensive work had been done in 20 of the 37 schools to be built, while work would begin fully on the remaining 17 soon.

According to him, the initiative has become necessary to ensure that Nigeria competes favourably in the present world of technology.

The executive secretary emphasised that one of the best ways to achieve the milestone was to introduce children to e-learning from the moment they enrolled in school.

“In many parts of the world e-learning is an integral part of learning. Some private schools have been into this business for sometime now.

“For public schools, we are pushing hard to ensure that we offer this opportunity to every Nigerian child regardless of whether they can afford the expenses or not,” he said.

On the budget for the project, Bobboyi said that the programme was an expensive venture, but government believed it was worth doing because it would develop the teachers of the next generation.

“Meanwhile, the project has a rolling budget. We give out funds in tranches based on the availability of resources.

“An average cost for constructing each of the schools at the zonal level is N600 million because they have more facilities.

Speaking on the uniqueness of “smart schools,” he said they would be hands-on, providing opportunities for children to use gadgets from point of enrolment.

“There is also provision for special education and this is to ensure that we do not isolate children with special needs.

“Other facilities in the schools are e-library, robotic laboratories and vocational laboratories, among others,” he said.

On some challenges the schools may face, including power shortage, inadequate access to internet services as well as insecurity, Bobboyi said all of those had been considered.

“We are in touch with relevant government agencies and internet service providers and they are willing to render their services to ensure unfettered internet connectivity.

“It is no doubt going to be one of the most expensive components of the school but the project is worth it because of its numerous benefits.

“These schools will have a central control system which will be in the Federal Capital Territory (FCT). It will be a digital resource centre housing the servers for each of the schools.

“We will equally have backup at the zonal levels in the event that anything goes wrong with the central server.

“In terms of power supply, we are working with a Chinese company on a solar-based system with backup generators for a flawless service.

“There will equally be security gadgets like the Close Circuit Television (CCTV) to ensure adequate protection of life and property.”

Bobboyi added that government was doing so much in ensuring vocational learning in schools.