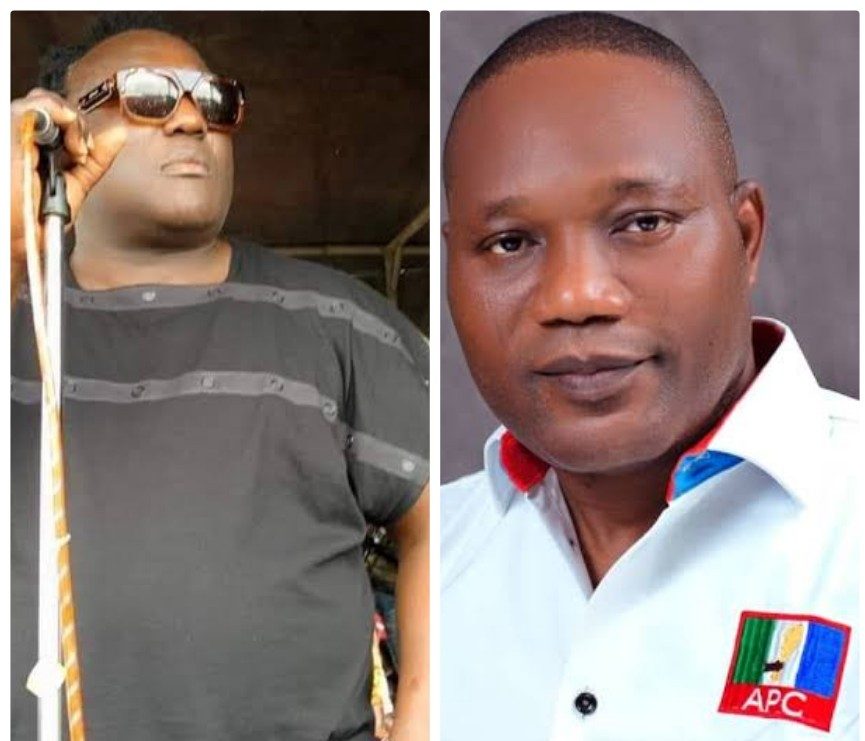 Hammed Idowu Tijani has stated that he didn’t pay a dime to a popular fuji artiste known as Saheed Osupa from Ojokoro treasury.

Tijani, the Chairman of Ojokoro LCDA, stated this on Thursday while speaking with newsmen, with PM News correspondent in attendance.

He described as fake news the reports claiming that he paid the fuji artiste the sum of N50 million naira during the recent flag-off ceremony for his second-term campaign.

Tijani, who formally declared his intention to run for the second term to the members of the press, said the reports were fabricated by people bent on distracting his administration from continuing the good works in Ojokoro LCDA.

He said: “I didn’t pay a dime from the treasury of Ojokoro LCDA to Saheed Osupa. Firstly, I must clarify that even the flag-off ceremony for my campaign was organised by my friends and supporters.

“Saheed Osupa wanted to be part of it and was welcomed as a friend of our administration.

“The reports that I paid him from the government account are completely false and fabricated by those who wanted to stop me from returning to this office for the second term.

“We are custodians of government money and it’s not meant to be disbursed for ceremonies. We are a responsible administration and won’t be distracted by those false claims.”

However, Tijani went further to highlight some of the achievements recorded by his administration in the last four years.

He noted that more than fourteen roads have been constructed and rehabilitated with drainage and asphalt.

According to him, these roads include, but not limited to the following:

Several other roads across the seven wards in the LCDA were also rehabilitated.

On education, Tijani said he ensured that all children of school age have access to quality and affordable basic education irrespective of their parent’s income or status.

He said he donated free books and writing materials to pupils in all public primary schools in Ojokoro LCDA at the beginning of every new academic session.

He noted that free GCE and JAMB forms were distributed freely to indigents students on regular basis.

Tijani added that his administration has also done well in the health sector.

He said the Primary Health Care centre at Isokan community has been reconstructed and provided with modern equipment and qualified personnel.

He said the Primary Health Care centre at Kola was also upgraded to 24 hours medical services, while other centres in the LCDA were also given a facelift.

He added that food items and cash relief were also distributed to the most vulnerable people to cushion the effect of lockdown as a result of the COVID-19 Pandemic.

On agriculture, Tijani said 50 acres of land was acquired and allocated to farmers and youths that showed interest in farming in order to boost food production in the LCDA.

He said a “football talent hunt” programme was also organised by his administration and some talents discovered are currently playing in Ukraine and Belarus.

He added that empowerment programs were also organised for women and youths on a quarterly basis.

He said some elderly people were also placed on monthly stipends.

He added that his administration also provided patrol vehicles to the four Police Division in Ojokoro and working tirelessly with security agencies to ensure the safety of lives and property.

He also said the traditional institutions were not left out.

He noted that his administration facilitated the upgrading of the Oba of Ojokoro Kingdom, His Royal Majesty, Oba Rilwan Oluwalambe Taiwo JP, to the first-class monarch in Lagos state.

Tijani, however, urged the public to come out on the 24th of July to support his quest to continue the works started by his administration.

He promised to do more to improve the lives of the people of Ojokoro LCDA.