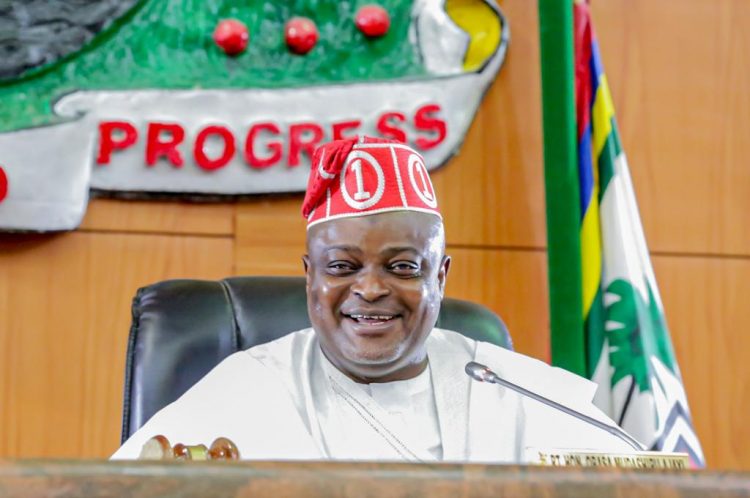 The Lagos State House of Assembly has called on the National Assembly to ensure the criminalisation of undue interference on state legislatures and its activities by the executive.

The Assembly, which made its position known at the ongoing review of the 1999 constitution, said, though Lagos is free of such interference by the executive, such cannot be said of other states.

Speaking at the South-West Zonal Public Hearing on the Review of the 1999 Constitution organised the Senate in Lagos on Wednesday, the Speaker of the Lagos Assembly, Rt. Hon. Mudashiru Obasa, who was represented by his deputy, Hon. Wasiu Eshinokun-Sanni, argued that the legislature should be free like other arms of government.

Obasa commended the National Assembly for responding to the concerns of Nigerians on the need to carry out a review of the 1999 Constitution to reflect the current realities and challenges.

“We want criminalisation of undue interference on the activities of the legislature, though, this does not happen in Lagos but we cannot close our eyes to the happenings in the nation, whereby a chief executive can just order the House of Assembly to be closed down.

“This should be criminalised, the police officers who also participate in such act should also be punished to serve as deterrent,” the Speaker said.

Obasa also called for removal of railway from the exclusive list to the concurrent list to allow for economic development and integration, among states.

He said that such liberalisation of the railways in the country would further allow economic growth and development.

“If Lagos, Ogun, Oyo and other South-West states want the rail to cut through their states for economic integration, either vertically or horizontally, they should be able to do so because it is best for the states.

“We cannot forever wait on the federal government to take the initiative where we feel we can cooperate and ensure economic integration. We should be allowed to do so.

“So, we want railways matters to be removed from the exclusive and brought back to concurrent which allows economic integration,” he said.

The speaker, who reiterated the need for Lagos to be granted a special status by the Constitution, decried that the state was not benefitting from the 13 per cent derivation despite huge income being generated from the state by federal government.

“The most fundamental flaw we see, from Lagos point of view, is that the provision of the Constitution which gives 13 per cent derivation on natural resource. It is highly discriminatory.

“What should be done is natural and economic resources, which will give Lagos desired leverage because we will be able to get derivation from money collected by NIMASA, (Nigerian Maritime Administration and Safety Agency), NPA (Nigerian Port Authority) and Customs here in Lagos.

“What they take away from Lagos is huge. If we get 13 per cent of this we should be able to do more in the state.

“The current Constitution does not take into consideration the economic nerves centre which bear the brunch of these activities. Giving Lagos State one per cent is highly unjustifiable,” he said.

The the two-day public hearing had in attendance senators from Ogun, Oyo and Lagos, various groups and workers’ unions, religious leaders, traditional leaders, civil society organisations among others.