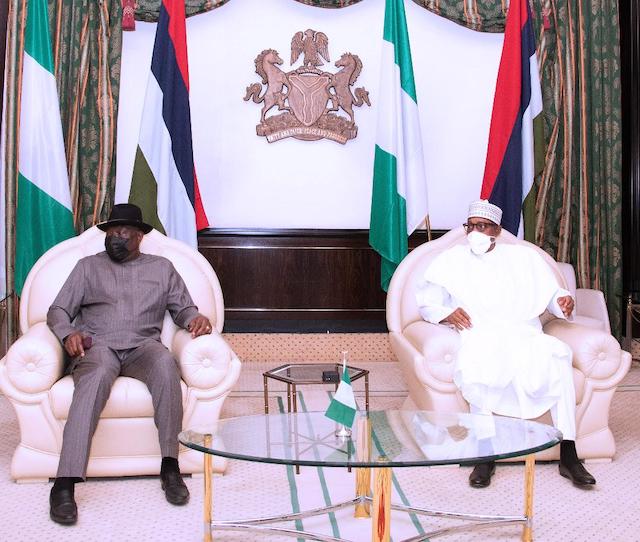 Buhari and Jonathan speak on Mali

President Muhammadu Buhari Friday in Abuja called on the actors in the political crisis in Mali to come together for the peace and unity of the country.

The President spoke when he received in audience former President Goodluck Jonathan who is Special Envoy and ECOWAS mediator to the West African country.

According to President Buhari, “a situation where most parts of the country are in the hands of insurgents calls for a consensus and restoration of peace, not a further escalation of the crisis.”

Former President Goodluck had briefed the President on the current situation in Mali after meeting with the key political actors ahead of the meeting of ECOWAS leaders under the Chairmanship of President Nana Akufo-Addo of the Republic of Ghana.

He added that the meeting of the regional leaders was necessary to urgently find an acceptable solution to the current impasse in the West African nation.