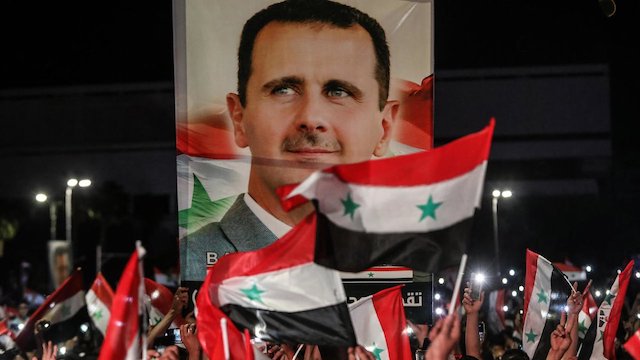 At least two persons were killed and 317 others injured by gunfire at celebrations in Syria marking President Bashar al-Assad’s re-election to a fourth term, a war monitor reported on Saturday.

The casualties resulted from celebratory shots fired randomly by al-Assad’s loyalists in several areas including the capital Damascus and the northern city of Aleppo, the Syrian Observatory for Human Rights said.

The two who died were a young man and a child in Aleppo, the Britain-based observatory said.

Al-Assad was re-elected for a fourth seven-year term with 95.1 per cent of the ballots in the election in government held areas.

The poll victory was dismissed by the opposition as a sham.

The election was condemned as fraudulent by Syria’s opposition as well as countries such as the United States, Britain, France, Germany and Italy.

Al-Assad won 88.7 per cent of votes in the 2014 election, which was Syria’s first with multiple candidates.

With the help of Iran and Russia, al-Assad has retaken control of more than 60 per cent of the country.

The rebels still hold some areas in north and north-western Syria, while Kurds rule areas in the north-east.