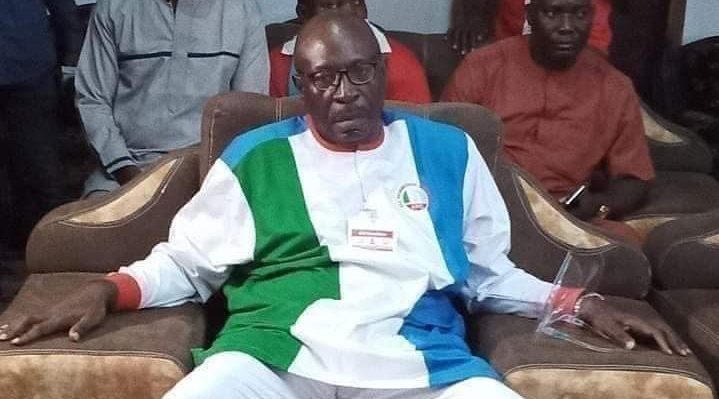 Candidate of the All Progressives Congress (APC), in the September 19, 2020 governorship election in Edo State, Pastor Osagie Ize-Iyamu, has broken his silence on Friday’s Supreme Court judgment that gave victory to his opponent and winner of the election, Governor Godwin Obaseki.

The APC and one of its chieftains, Williams Edobor, had filed a petition against the victory of Obaseki at the poll, alleging that the PDP candidate contested the election with a forged University of Ibadan degree certificate.

But the apex court dismissed the appeal on the ground that the appellants have not proved their case about forgery.

The court added that having looked at all the Supreme Court decisions, there ought to be a disclaimer from the University.

Responding to the judgement in a statement he personally signed on Saturday, titled: “Because we were gallant, our hope is alive”, Ize-Iyamu sued for peace among his teaming supporters and part members.

According to him, “Yesterday, the Supreme Court by its judgment brought to an end our struggle for the office of the governor of Edo State that commenced in September, 2020.

“I thank all our supporters as well as our loyal party men and women for your unwavering commitment and sacrifice to the advancement of Edo state and urge you to be law abiding and to be of good cheer.”

Ize-Iyamu said “What matters most is that our party, the All Progressive Congress (APC), stood up for what we believe in. We stood up for the placement of our people at the epicenter of governance which is a sharp departure from the norm. As such, let no grievances and no embittered feelings impair the force of our efforts.

“Let us look forward to our coming together to reorganize and position our party to win again. This is in service to our beloved state. Finally, I thank God for the opportunity to seek the office. To Him be all honor and glory. Amen.”