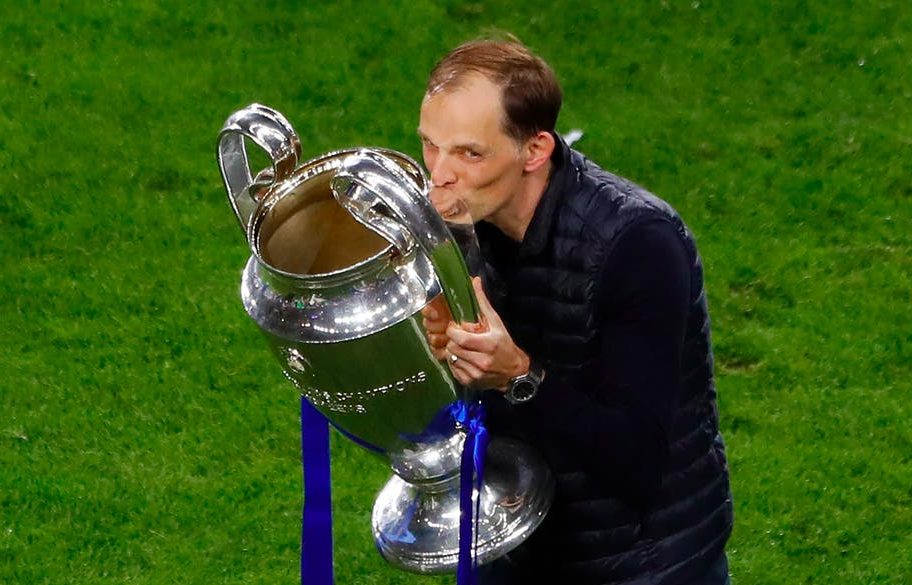 Chelsea manager, Thomas Tuchel said he was grateful and speechless after his side’s trash Manchester City 1-0 to clinch the UEFA Champions League cup on Saturday night.

Chelsea scored the only goal of the game through Kai Havertz in an explosive final held in Porto, Portugal.

It was redemption for Tuchel, who as coach of PSG, lost last year’s final to Bayern Munich by the same scoreline.

The German described the feeling as “incredible” and explained what they planned to do in the game.

“To share it with everybody is incredible. We made it. Wow. I don’t know what to feel.

“I was so grateful to arrive a second time [in the final. I felt different. We were somehow… You could feel it getting closer.

“The [players] were determined to win this. We wanted to be a stone in their shoe. We encouraged everybody to step up and step out, to be more brave and create dangerous counter-attacks,” Tuchel told BT Sport.

Thousands of Chelsea fans were in the crowd of 14,110 to see their team lift the trophy in the Dragao Stadium.

The final match had been moved from Istanbul with Portugal operating under less severe coronavirus restrictions.

Manchester City won the domestic championship by a distance but lost to Chelsea both in the league and FA Cup.

It now means Blues manager Thomas Tuchel completed a whirlwind story of success since taking over from Frank Lampard in January.

This is in spite of billions of dollars being spent over the years by their Abu Dhabi owners.

Chelsea are kings again and Tuchel has glory at the second attempt having lost in the final with Paris Saint-Germain (PSG) last season.