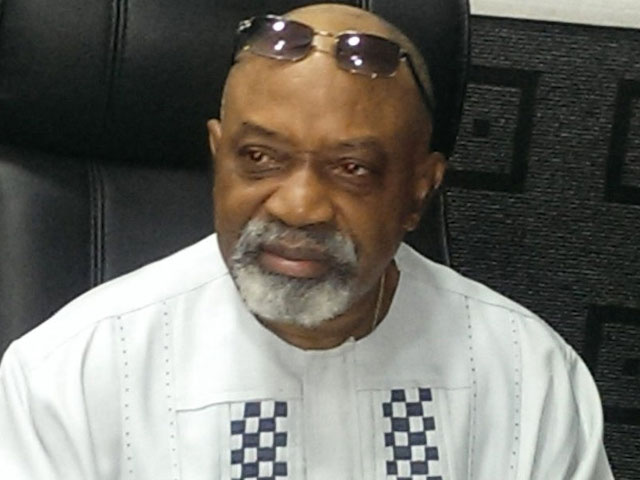 The Minister of Labour and Employment, Sen. Chris Ngige said N48 billion has been looted from the Nigeria Insurance Trust Fund(NSITF).

And he then declared that the era of looting billions of naira without a single voucher is gone.

He noted that there was a paradigm shift in the structural composition of the new board which must meet the huge expectations of positive shift in goal delivery.

The panel, which investigated the agency established 126 prima facie infractions on the extant financial Regulations and Procurement Act and other acts of gross misconduct against them, recommended the removal of the suspended officers.

“We must live down the past and lead a rewarding change in the fortunes of the NSITF.

“The years of the locust are now over. You can’t afford to take us back to Egypt. The era of looting of N48 billion without a single voucher is gone for good,” he said

He stressed the importance of drawing the attention of the new management to the financial hemorrhage the NSITF had passed through in the last few years.

He also noted the importance of the imperative of a new direction as contained in the directive of the President.

“The NSITF must be revitalised and repositioned to fulfil its mandate in accordance with the establishing Act.

”Instructively therefore, the new management should not indulge in the sins of the past.

“And, must adhere to the statutory conditions of service and remunerations for Board Members approved by the Minister as enshrined in the NSITF Act,” he said.

He, however, called on the new board to ensure that procurements must be done as contained in Procurement Act 2007 and Finance Act, Financial Regulation and the extant Government circulars, especially on threshold of procurement items.

He also said that their performance would be measured quarterly and annually.

“Our measure as supervising ministry is tied to your performance in terms of realisation of your mandate and vision.

“I congratulate you all, especially those who held the ship in the past 11months.

“That was a trying period even as you recorded an increase of about N7 billion in your contributions when compared to the same time last year,” he said.

He, therefore, said that the tenure of the members of the Executive Management was four years in the first instance and was renewable.

According to Ngige, the new nominal directors with the remaining directors and chairman will serve out the remaining period of their institutional representation ending May 2023.

Ngige noted that other nominal directors into the board were Mrs Lauretta Adogu, Director, Department of Occupational Safety and Health, Ministry of Labour and Employment and replacing Mrs lfeoma Anyawutaku now a Permanent Secretary.

Responding, Mr Austine Isire, Chairman of the Board, commended the Federal Government for the opportunity to serve.

Isire assured all that the new management board would remain resolute in the discharge of its duties.

“The new people have been charged and the charge is that there has to be a change in the social order because the mission statement clearly states so.

“We want to assure you again that the President’s change agenda will come to fruition,” he said.