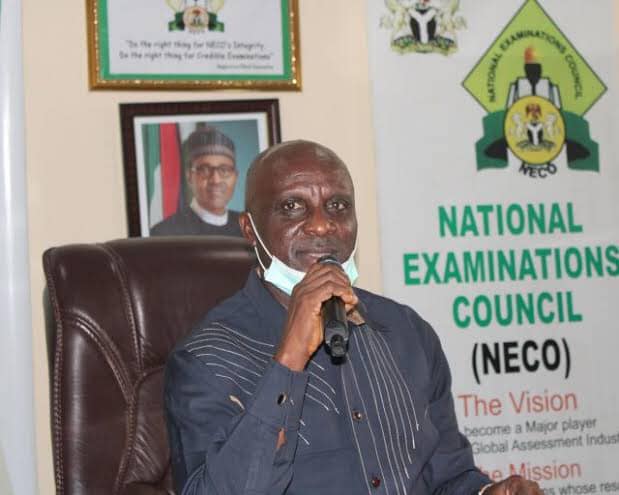 Reports that Professor Godswill Obioma, registrar of the National Examination Council(NECO) was assassinated have been debunked by competent sources in Minna.

Both the police and officials of NECO said Obioma died a natural death and also reconstructed the timeline of his death.

According to senior NECO officials who spoke with our correspondent, Obioma arrived from Abuja on Monday morning, not Monday night.

NECO officials who visited him at about 9 a.m at his Dutse Kura quarters in Minna, were told by Obioma that he would soon report in the office.

But by 2pm, Obioma had not shown up, making another delegation to go to his home.

The delegation found him alone in his master bedroom, sprawled on the floor, face down.

He was stone dead.

His brother, who stayed in Minna was invited to see the body.

His body was thereafter evacuated to Abuja.

Both the police and NECO officials debunked the assassination story as fake news and the testimony of the wife, Elizabeth as cock and bull stuff.

Obioma, 67, was appointed last year May as registrar and CEO of the agency.

He hailed from Abia state.