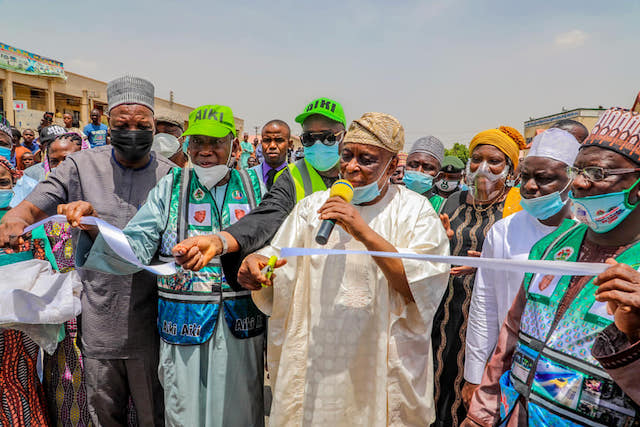 Inaugurating the road on Tuesday, Osoba commended Gov. Abdullahi Ganduje, for his foresight.

He lauded the governor’s infrastructural development strides, noting that the project would ease the traffic flow in the area.

“This is a welcome development indeed and we salute the governor for this great project,” he said.

Earlier, Ganduje said that the road project was started by the previous administration and that its completion was consistent with his administration’s policy of continuity.

According to him, the completion and inauguration of the road project will bring to an end the hardship faced by residents and motorists in the area.

Ganduje, therefore, restated his government’s commitment to road infrastructure development in the state.

Those on the entourage of the governor include the reelected president of the Nigeria Guild of Editors (NGE), Mustafa Isa, all elected officials and delegates of NGE and members of the state executive council.

Osoba and the delegates were in Kano for the 2021 biennial convention of the NGE.