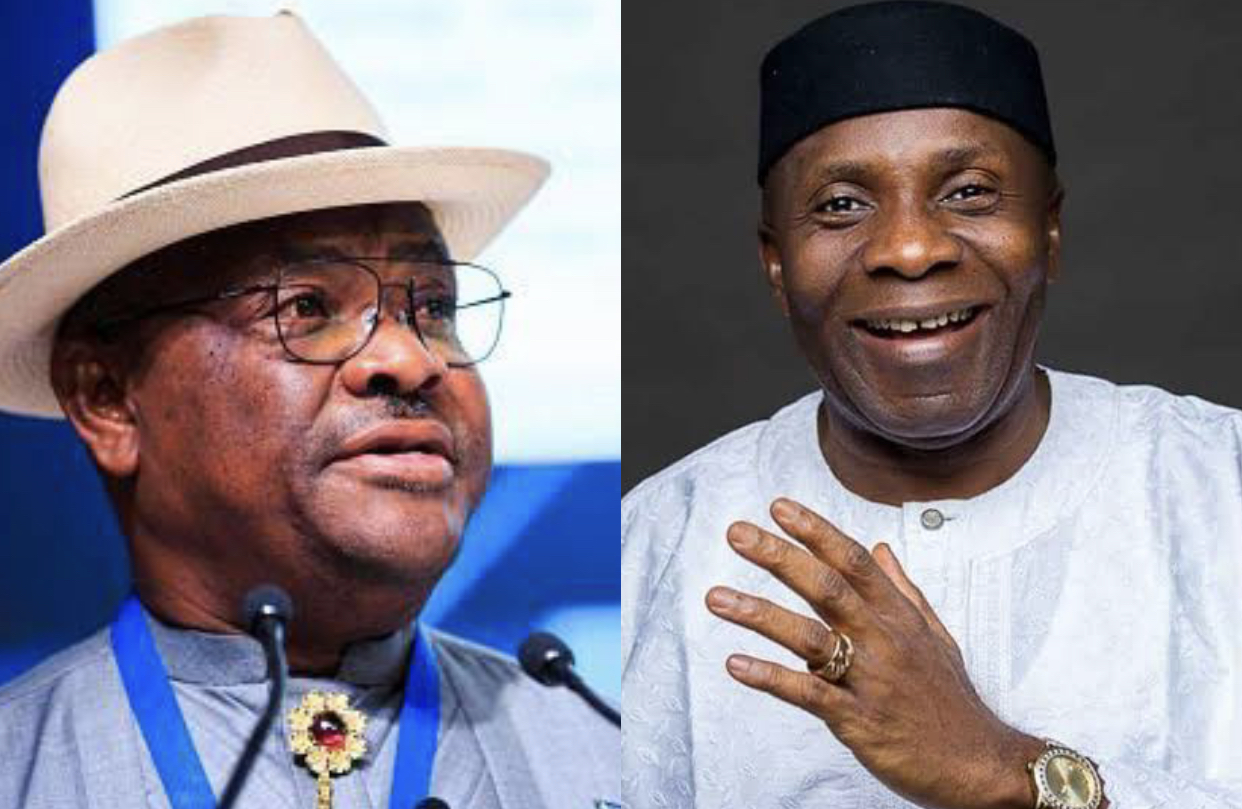 The All Progressives Congress (APC) has fired back at Governor of Rivers State, Nyesom Ezenwo Wike who told Nigerians to reject the ruling party in 2023 because it has engendered insecurity in the country.

APC stated that Nigerians must be aware that the insecurity the President Muhammadu Buhari administration is battling started under the People’s Democratic Party (PDP).

John Akpan Udoedehe, caretaker national secretary, in a statement on Wednesday also accused the PDP of handling the Boko Haram insurgency in an inept and incompetent manner.

Governor of Rivers State, Nyesom Ezenwo Wike had on Tuesday at the flag-off of the construction of Etche Campus of Rivers State University in Abara Town of Etche Local Government told Nigerians to reject the All Progressives Congress (APC) in 2023.

However, Udoedehe said the party “wishes to remind Nigerians that the seeds of the insecurity which the APC administration is containing was sown by the People’s Democratic Party (PDP) administration when it handled Boko Haram insurgency in an inept and incompetent manner.”

The statement also said that insurgents once attacked places of worship, markets, and gathering of citizens in many states before the government galvanised and equipped the Armed Forces.

“It is ironic that the dictator at the Rivers State government house has forgotten so soon that kidnapping for ransom, like the Boko Haram insurgency, did not start under this administration, but every effort is being made to stop it along with its twin evil of banditry.”

The party insisted that troops have rolled back the Boko Haram insurgency “to a small part on the shores of Lake Chad”.

The APC stressed that the federal government has consistently worked for the best interest of Nigeria.

The party said it will not be distracted by the antics of the PDP designed to mislead Nigerians into assuming that the platform they rejected in 2015 and 2019 is worthy of their trust.

“A leopard cannot change its spots. The PDP is clearly in disarray. It was a failure in governance and a shocking failure as an opposition party.”

Udoedehe added that Nigerians cannot risk the country’s future in the hands of the same political party “that brought the rot the APC administration is clearing”.