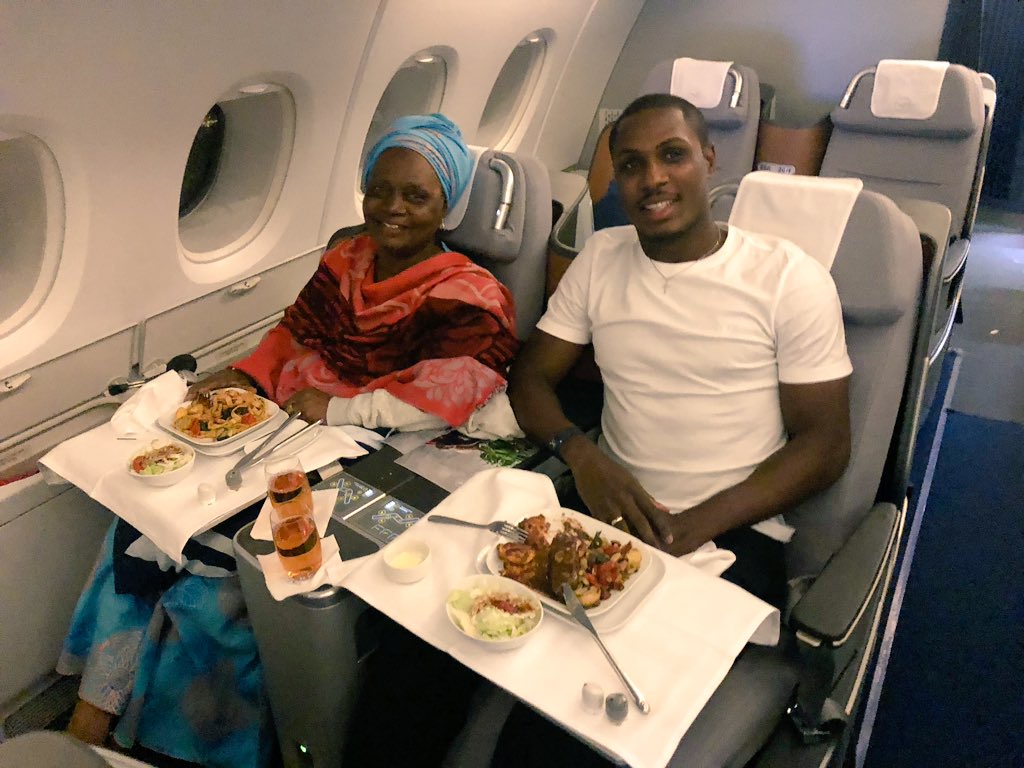 Ighalo and his mum

Former Manchester United striker, Odion Ighalo is currently cooling off with his mother on a luxury vacation.

This follows the end of the 2020/2021 season of the Saudi Professional League on Sunday. The star striker decided to have some time alone with his mother.

The ex-Super Eagles striker shared a video with his mum stepping into a luxury yacht on Friday.

“She’s my Queen. I will do anything for her,” he captioned the video.

The striker recently, had his mum watch him play live for the first time in his career, and he marked the occasion with a goal.

Ighalo was among the goalscorer when Al-Shabab FC beat Al-Ain 5-1 in the Saudi Pro-League on Wednesday, May 19.

While celebrating the goal, he ran towards his mum, using his hands to form the heart shape and bowed to her. The striker described it as one of the happiest days of his life.

For The First Time Since 16 years Of My Professional Career, Mama Was Able To Watch Me Play Live In The Stadium , One Of The Happiest Day Of My Life 😍🤍🖤 pic.twitter.com/btwMiK2r1l

He recently joined the Saudi club in February following the expiration of his contract in Manchester United.

Ighalo managed nine goals to finish as their second-joint top scorer this season.