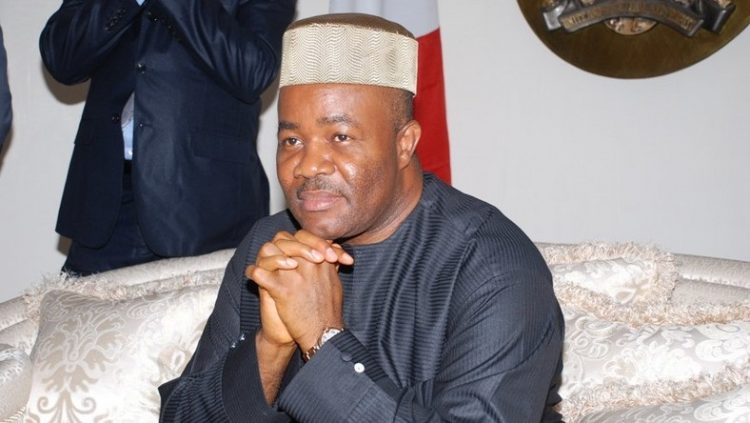 Youths in Warri Kingdom on Friday night commended the Minister of Niger Delta Affairs, Senator Godswill Akpabio, for his commitment to the cause of the region.

‘’We should all take a cue from this outstanding statesman and driving force behind the reinvention of the Niger Delta region,” they said.

They also said that Akpabio had come to work, serve and make the Niger Delta region great.

At a ceremony organised to honour Akpabio in Warri, the youths critically assessed Akpabio’s performance and scored it excellent.

Speaker after speaker hailed Akpabio for the multiple dividends of democracy, his efforts to revolutionize the Niger Delta region and uplift the lot of his people.

The youths expressed satisfaction with the level of performance of the development agency and the on-going NDDC forensic audit.

The event drew who-is-who in Warri Kingdom and many youths and elders from other parts of Delta State.

‘’Chief Godswill Akpabio is a pragmatic and visionary leader who thinks ahead of his people. He is the best thing happening in the Niger Delta region’’.

The Itsekiri youths and elders who spoke in one voice urged youths in other parts of the region to give peace a chance, which they said was necessary for development of the oil and non-oil producing communities in the Niger Delta region.

They described the seven-day ultimatum to President Muhammadu Buhari and Minister of Niger Delta Affairs, Godswill Akpabio to constitute the board of the Niger Delta Development Commission (NDDC) or face a major breakdown of law and order in the Niger Delta by certain people as ridiculous.

The youths suggested that current moves to inaugurate a substantive Board for the Niger Delta Development Commission (NDDC) should include the consideration of someone from Itsekiri nation.

They also urged Buhari to extend the construction of the East West Road to Warri -Benin Road.