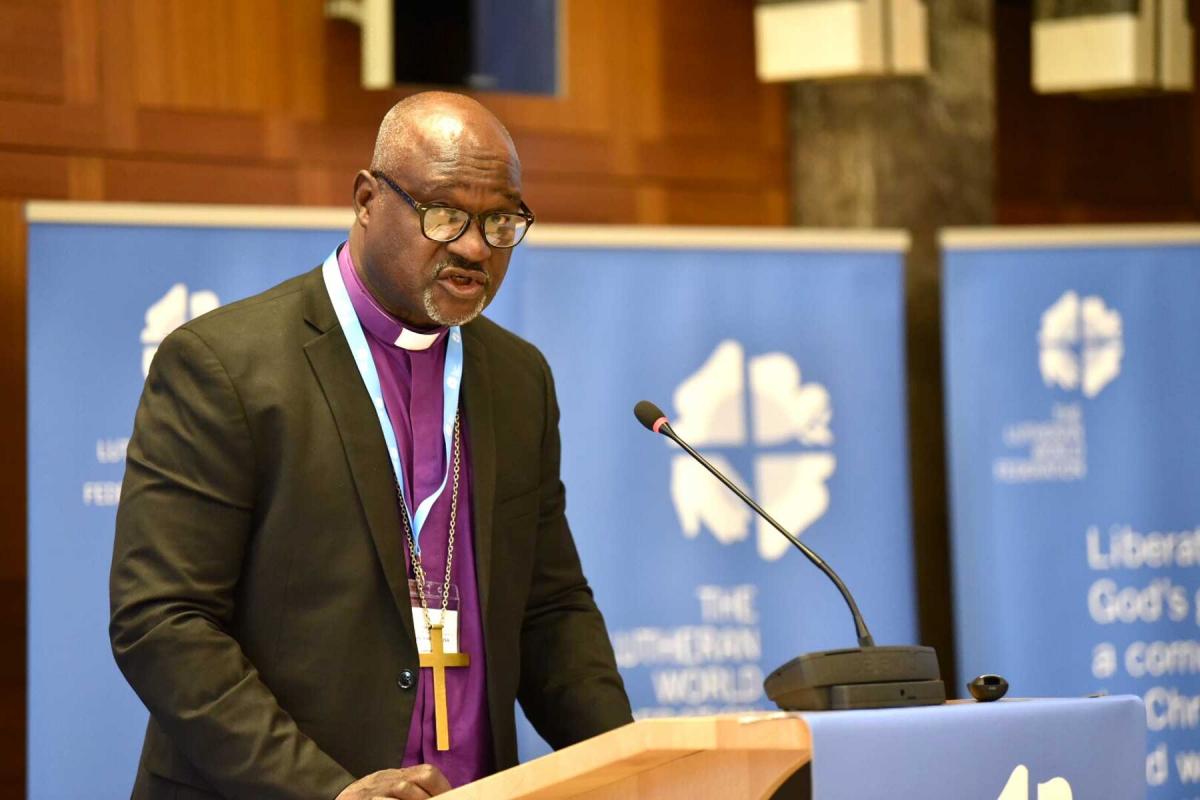 The Lutheran Church of Christ in Nigeria is partnering with Delta Government in the fight against irregular migration and human trafficking.

The President of the Lutheran World Federation, Archbishop Musa Panti, made the promise on Friday when he led a delegation on a courtesy visit to Gov. Ifeanyi Okowa in Asaba.

Panti said that the church would also partner with the state government in reintegrating returnees into the state.

He said that the delegation was in Delta to support the government’s efforts in reintegrating returnees particularly in addressing issues of stigma and shame.

He said that the church’s reintegration strategies would include the empowerment of about 20 returnees with materials worth millions of naira.

Panti noted that Lutheran Church, founded in 1913, established the Symbols of Hope Nigeria project to contribute toward addressing illegal migration and human trafficking.

He added that activities of the organisation included awareness creation and advocacy against irregular migration and human trafficking.

According to him, the organisation also provides psycho-social support for victims and provides medical care for returnees with illnesses.

“We are aware of the work that your government is doing to curtail irregular migration and human trafficking, and we are aware of your giant strides in ensuring security in Delta.

“As a faith-based institution, we are proud to identify with your work in these areas, and we are in Delta to support and complement what your government is doing in ensuring that young people are well guided regarding decisions on migration within and outside the country.

“It is our hope that this little initiative will assist the beneficiaries to regain self-confidence and work toward dignified lives,” Panti said.

Responding, the governor praised the church and described it as a worthy partner, adding that the government would partner it and other faith-based organisations to curb irregular migration and human trafficking.

According to him, people are likely to trust the voice of the church more than that of the government.

“We are in very troubled times in our nation, and it requires the church to play its roles of praying to God to impact on our nation. l believe that it is the easiest route to achieving peace in this nation.

“The voices of our elders and leaders in the church have a lot to do in trying to calm nerves that have been challenged.

“It is very exciting for me because when the church goes beyond its natural role of preaching the gospel to begin to give hope to the people, it gives hope to humanity.

Okowa said that sometimes it would not be enough to only preach the gospel.

“Impacting lives in several other ways will continue to attract people to the church of God.

“We are glad that you are giving hope to our young ones by your effort in addressing the scourge of illegal migration and human trafficking in this country.

”Its quite a major problem and Delta is fully involved in this fight,” he said.