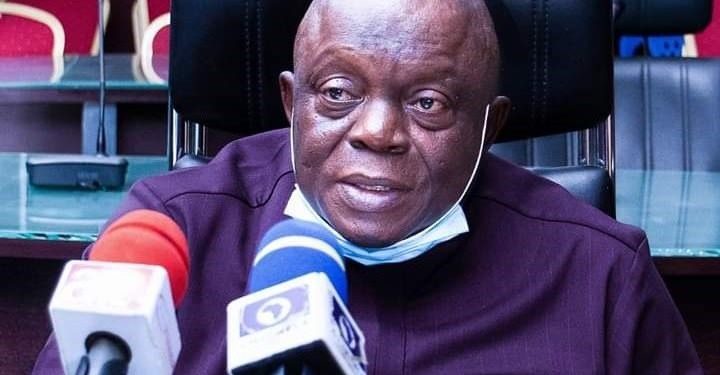 Gunmen have razed the country home of Imo Commissioner for Information and Strategy, Chief Declan Emelumba.

According to reports, the gunmen stormed the commissioner’s Ubulu-Ihejiofor community in Oru West L.G.A in the early hours of Sunday and set the two houses in his compound ablaze.

Heavy shooting was reported in the hitherto peaceful community as villagers ran into the bushes for safety.

“ In the early hours of today(Sunday) between 1am and 2am, some people called me from the village that heavily armed gunmen stormed my compound, broke the gate and set the buildings ablaze.

“My gateman, who was the only person around when the gunmen came, managed to escape unhurt but the bandits had easy access to the building and completely burnt down everything.”