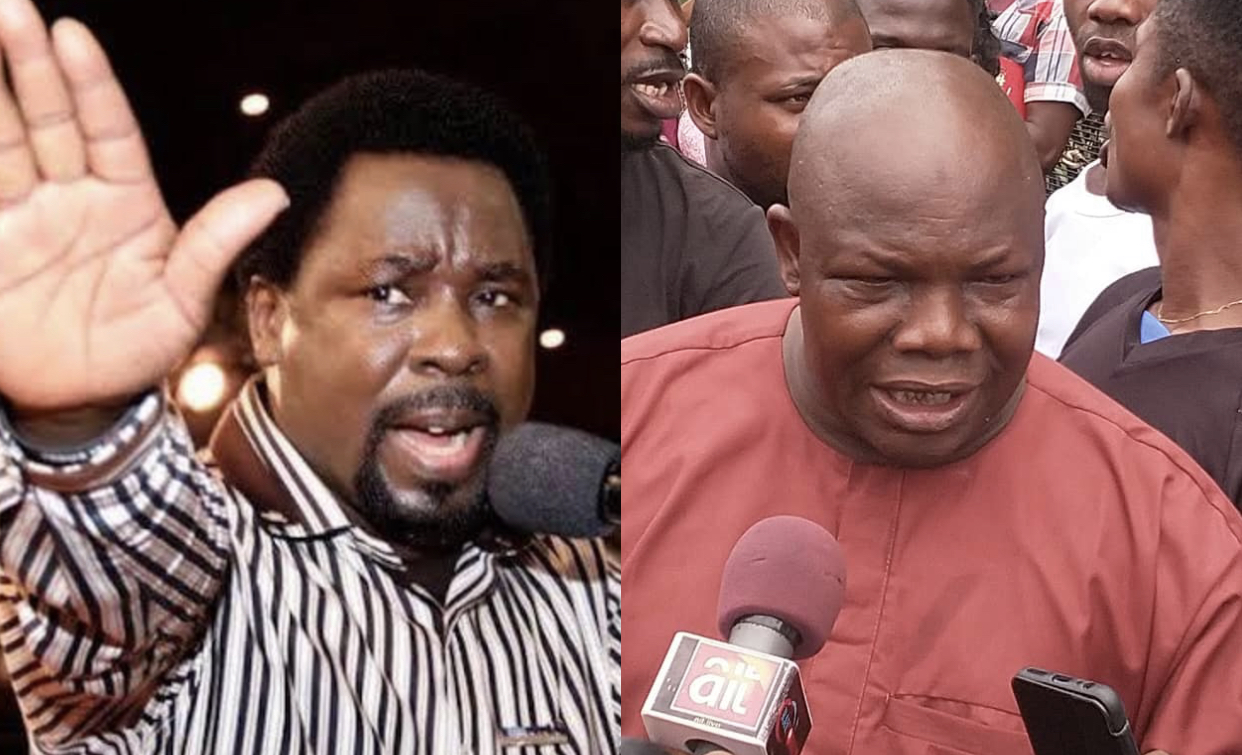 Engr. Salami Amusa, a close friend of Prophet Temitope Balogun Joshua, founder of Synagogue Church of All Nations has revealed the humble beginning of the pastor and the establishment of the church in 1987.

According to Amusa, he was one of the closest friends of the clergyman, and that he personally advised him to start taking some children for evening classes with other menial jobs.

“We were close friends, I, Adewale Bakare, Otutu and Baba Saki and Best Water.

“When Temitope wanted to start a business, I personally told him to go somewhere to do a lesson for people there.

“One day we were going out, I cannot remember the year, and Tope wanted to drink water, so we branched at Cele Way in Agodo, and we saw Baba, that pastor, Goodday Preyen. He waved at Tope to come, and we went to him, he told us to kneel down, and he prayed for us, he told Tope, ‘you are a leader, you will be rich if you do this’. When we were leaving, Tope asked me if I believed the pastor and I said yes, he is a great pastor.

“When Tope started, we both came together to buy this place where this church is built from the Baale of Adekunjo and late Alhaji Abanise, the Olori Ebi of Egbeland.

“When we started this place, Tope said: ‘No person I trust among my friends that I can leave my daughter for, except me.’ When we wanted to come to the Church site, I was selling paint at Awolabi at that time.

“Tope will hand over her daughter, Sarah to me to stay with my secretary then,” he narrated.

Amusa further described Joshua’s death as “shocking and unbelievable”, adding that he rushed to the church to confirmed the news.

“When I heard the news today that Temitope died, it was really surprising, I could not believe it, I said no, I had to rush down here. I was last here about four months ago to see him,” he added.

Talking about his philanthropist acts, Amusa listed so many things that the pastor had done for the benefit of the people in the community.

“Every year, Tope will give all streets in Agodo rice, he knew all the nooks and crannies of the place because that was where he started, we went to rent the apartment he was staying at the time together.

“He had helped me so many times, he was a good man.

“I remembered about two years ago when he saw me with some of our old friends around, he told us to come in, I knew how much was in the envelope Temitope gave me and Alhaji Seyi and Adewale Bakare,” he added.

SCOAN leadership announced the death of T.B. Joshua early Sunday. He passed away on Saturday June 5, 2021 at 57 but the actual cause of death is yet to be made known