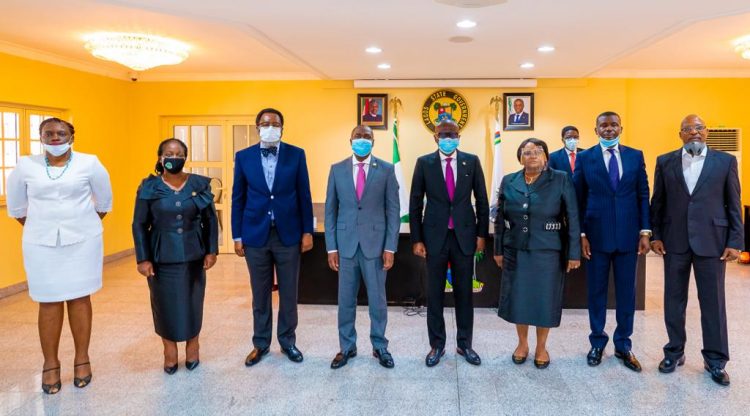 The Lagos State Ministry of Justice has provided free legal consultations to the residents of the Epe community as part of its continuous statewide legal clinic exercise.

According to the  Director for Citizens’ Rights, Mrs Oluwatoyin Odusanya, the Joint Legal Clinic is an initiative of the Ministry of Justice to have a one-stop shop for free legal consultation and other related matters for residents of Lagos State.

Others include the Office of the Administrator-General & Public Trustee (AG&PT), Directorate of Citizens Rights (DCR) and the Domestic and Sexual Violence Response Team (DSVRT) were all represented at the Legal Clinic which held at Epe Local Government Secretariat.

Odusanya noted that the free Legal Clinic is scheduled to hold in all the 5 divisions of Lagos State namely: Ikorodu, Badagry, Ikeja, Lagos-Island and Epe, to reach and provide easy access to legal consultations and representation for the indigent and vulnerable members of society.

Speaking during the exercise, the Director, Office of the Public Defender, Dr Jide Martins, had also explained that the Legal Clinic was specifically organised for the people at the grassroots of every community across the State.

He said, “This initiative by the Ministry complies with the THEMES agenda of Governor Babajide Sanwo-Olu which aims to promote and achieve security and good governance among the residents of Lagos State”.

On his part, the Alara of Ilara land, HRM, Oba (Dr.) Olufolarin Ogunsanwo, urged the residents of Epe Land, to take advantage of the services provided by the Lagos State Government through the Ministry of Justice.

While attesting to the efforts of Governor Babajide Sanwo-Olu and the Attorney-General and Commissioner for Justice, Mr Moyosore Onigbanjo, SAN, at ensuring speedy dispensation of Justice, even as the industrial action by  Judicial staff lingers, he noted that his office would continue to promote among Epe residents, the option of resolving conflicts through Mediation, using alternative dispute resolution platforms already provided by the State Government.

While expressing his appreciation to the state government, the General Secretary, Oloja in Council, the Odofin of Epe Land, High Chief Olatunde Oluwo, commended the Ministry of Justice for bringing the Legal Clinic to their doorsteps.

This, he said, would afford them the opportunity of accessing within Epe community, qualitative legal consultations at no cost to them.