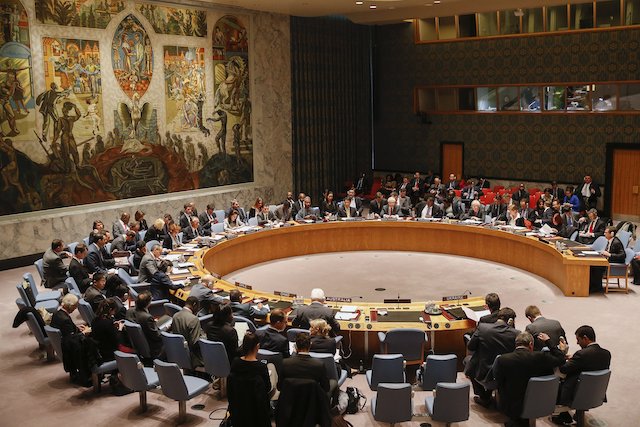 The 75th session of the UN General Assembly on Friday elected Ghana, Gabon, Albania, Brazil and United Arab Emirates (UAE) to serve as non-permanent members of the UN Security Council for the 2022-2023 term.

The Democratic Republic of the Congo (DRC) garnered three votes while Peru and Iran each collected one.

The Security Council is a body of 15 members, five of which are permanent and have veto power: the United States, France, Russia and China.

The newly elected five will join India, Ireland, Kenya, Mexico and Norway, the other non-permanent members.

Prior to its successful bid, the UAE issued a statement promising to be “a constructive partner” in addressing some of the “critical challenges of our time”.

This it said included promoting gender equality, countering terrorism and extremism and “harnessing the potential of innovation for peace”.

Vacating their seats were Viet Nam, for the Group of Asia and the Pacific Small Island Developing States known as the Asia-Pacific Group;

Also, Saint Vincent and the Grenadines, for the Latin American and Caribbean Group, called GRULAC; Estonia, for the Eastern European Group; and Niger and Tunisia as part of the African Group.

The candidates ran mostly unopposed within their regions, except for Gabon and Ghana, which were challenged by the DRC for the two available seats in the African Group.

The five new members elected this year will begin their terms on 1 January, 2022 and serve until December 31, 2023.

While Albania is the only state that never served previously, Brazil had sat on the Council ten times, Gabon and Ghana three times each and UAE once.

Before applying, each country must obtain the votes of two-thirds of the Member States present and voting at the General Assembly, to secure a seat on the Council.

Broken down, this translates to a minimum of 129 votes, to win a seat if all 193 UN Member States are present and voting.

Even if candidates have been endorsed by their regional group and are running unopposed, formal balloting is required.

Though unlikely, in the first round a Member State running unchallenged might not garner the requisite votes in the Assembly and face a new challenger in subsequent rounds.

There have, historically, been several instances in which extended rounds of voting were required to fill a contested seat.

Such situations have usually been resolved when one of the contenders withdraws, or a compromise candidate is elected.

Exceptionally, countries competing for a seat have decided to split the term between them. But since 1966, this only happened once, in 2016, when Italy and the Netherlands agreed to split the 2017-2018 term.

Since 2010, 78 per cent of races for Security Council seats have been uncontested.