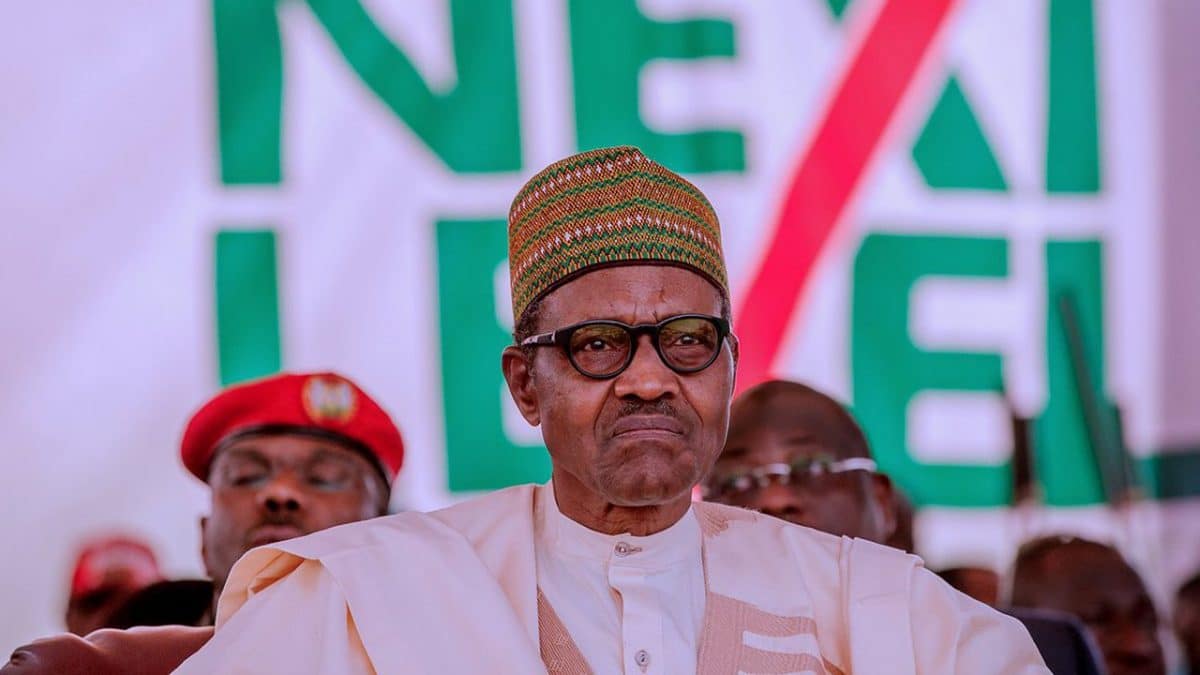 President Muhammadu Buhari:Does he have a split personality?

Please research this: On June 2, 2013, General Muhammadu Buhari responded to the military offensive launched by the Jonathan administration to deal a mortal blow to Boko Haram by granting a press conference in which he described that military offensive against Boko Haram as being against the interest of Northern Nigeria.

The next day, the headlines read ‘the military offensive against Boko Haram is anti-North’- Buhari. And Buhari’s statements not only divided the armed forces, they also ended up providing aid and comfort to the enemy (Boko Haram).

Now, consider that exactly eight years later (June 2, 2021), the same Muhammadu Buhari is now an elected (or rigged in) President, and he is threatening the Southeast of Nigeria with Civil War 2.0.

How could Buhari have been against a military offensive against Boko Haram, yet want one against the Southeast?

And it is not just that. There are more inconsistencies that show that we must reassess the state of mind of Buhari.

Consider for example that a month ago, Muhammadu Buhari was “appealing” to herdsmen and bandits to stop their acts of terror. And then a month later, another Buhari is threatening the Southeast with Nigerian Civil War 2.0.
How can one man have such a different reaction to similar events? Is this a case of Multiple Personality Disorder? Are we dealing with a Jekyll and Hyde schizophrenic personality? Is Buhari bipolar? What is happening here?

And there are more troubling signs that point to cognitive dissonance on the part of Muhammadu Buhari. Consider the following:
Bandits abduct 330 schoolchildren, then abduct 200 Islamic school pupils. Buhari did not threaten war.

Herdsmen kill over 5000 Nigerians, and cause even more to become refugees in our neighbouring Benin Republic. Buhari did not threaten war.

Miyetti Allah says that ‘Nigeria belongs to the Fulani’ and asks their members to ignore lawful and constitutional laws from governments in the South and Middle Belt of Nigerian. Buhari did not threaten war.

Yetl Buhari brings up the Nigerian Civil War to intimidate the Southeast because of the recent insecurity in that region that is nothing compared to what is happening in the North? Again, I urge my readers to research this: No nation fights two civil wars and remains as one nation.

I really do not get Buhari. Not at all. Not at all. He wants to fight unknown gunmen, yet he does not fight the gunmen that are known? Soldiers escorted Gumi to have meetings with bandits. Soldiers escorted Katsina state Governor, Bello Masari, to have negotiations with bandits. If Buhari wants to fight war, let him start with the gunmen that are known!

Why is the Southeast’s case different and deserving of war? I am not understanding!

The statement by the President in which he threatened to “treat them (Igbo of the Southeast) in the language they understand”, is very demonstrative of the mindset of this administration and nobody should be left in any doubt that Nigeria is now in the hands of a warmonger.

The greatest threats to One Nigeria are not Sunday Igboho or Nnamdi Kanu. Both of these men are just symptoms of the disease. The disease is Muhammadu Buhari. If appointments were balanced. If development were even. If herdsmen and bandits that kill us were punished. If Buhari had not said, “those who gave us 5% cannot be treated like those who gave us 97%”, who would talk of Oodua and Biafra?

Buhari has severely diminished the appetite for One Nigeria amongst Southerners. People like me, who still preach unity, are now seen as fools.

I was watching a session at the Nigerian Senate where Senator Adamu Bulkachuwa threatened the Southeast with war. This same Bulkachuwa is from Bauchi, a state whose government recently sounded the alarm that Boko Haram had infiltrated their state. Has Bulkachuwa won that war before he wants to fight the Southeast?

President Buhari and Senator Bulkachuwa’s All Progressives Congress’ government, through another APC Senator, Ibrahim Geidam, once proposed foreign scholarship for Boko Haram members and only backed down when the heat was too much.

Look, the earlier we face it, the better: Buhari is not fit to be Nigeria’s leader. He is a Northern irredentist. Even in the North, his loyalty is to his tribe, to the exclusion of other Northern ethnicities. Look at his threat of war against the SE. I am ashamed of Nigeria’s current leadership

These guys have not received up to half of what they unleashed on Dr. Goodluck Jonathan and they are now threatening Civil War 2.0. Their chickens have come home to roost. Their children of hate have matured into angry demons, and turned on them, now they want to blame Twitter because blaming is all they know how to do.

You can imagine Buhari threatening Civil War 2 on the Southeast? Take a look at the casualty figures from the war on Boko Haram. It is full of Igbo officers and men. The Igbo are fighting ISWAP in the North and you have the guts to sit in an air-conditioned office in Abuja to threaten their heartland with war? Then you expect these same soldiers of Southeast origin to keep giving you their all and dying to fight Boko Haram?

And to those who think it was only the Igbo peoples of the Southeast that were affected by Muhammadu Buhari’s Civil War 2.0 threat, I hate to burst your bubble.

Finance and investments that were on their way to Nigeria are now making a U-turn. Because money is a coward. It runs from where there are threats of war to where there are promises of stability.

As a result of these factors listed above, the economy will shrink. Again. The Naira will be devalued. Unemployment will rise, and the resultant joblessness will lead to a steep rise in the insecurity and crime epidemic facing the nation.

It is beyond the Igbo. It is beyond the Southeast. It will have Naira and Kobo ramifications for all Nigerians. As long as Buhari continues in that office, the problem will not go away. Chances are that it will become worse. Much worse. Much, much worse!