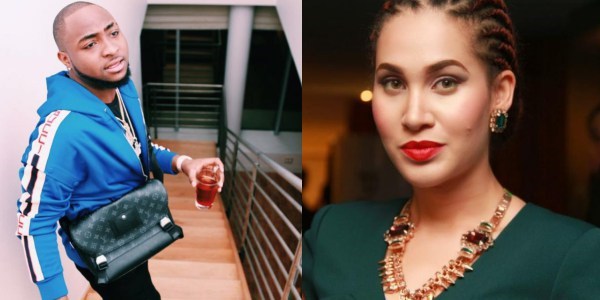 The movie star made this known in a deleted post on her Instagram page on Saturday while reminiscing on her past as she clocks 34.

“Concerning David, I wish such never happened between us he is really a cool guy, I wish him nothing short of favor and undiluted success always ( I equally love the song fia ),” she wrote.

According to her, those days are far gone as she has devised a means to deal with and handle bullies on social media.

“I was bullied all through my marriage by social media ( 12 years of bullying ) .. why did I marry my grandfather ( my choice not yours ), I stole someone’s husband ( no one came out to claim him ),” she wrote.

“Now I am immune to your bullying and harsh words. Yes, I am divorced, happy, closer to God, at peace with myself and looking forward to a successful life. My ex and I respect and love each other and I am super blessed to have him still in my life.”

Danjuma was in the centre of the storm following the mysterious death of Tagbo, one of Davido’s friends in 2017.

A source revealed that Tagbo and his friends, Davido inclusive were in the club when they decided to play a drinking game.

According to the source, the winner of the drinking contest was going to win a brand new iPhone 8 and the sum of 200,000 Naira. A game which didn’t end well as Tagbo passed out.

The news of his death was announced by Nollywood actress, Danjuma who claimed to be a girlfriend to the deceased.