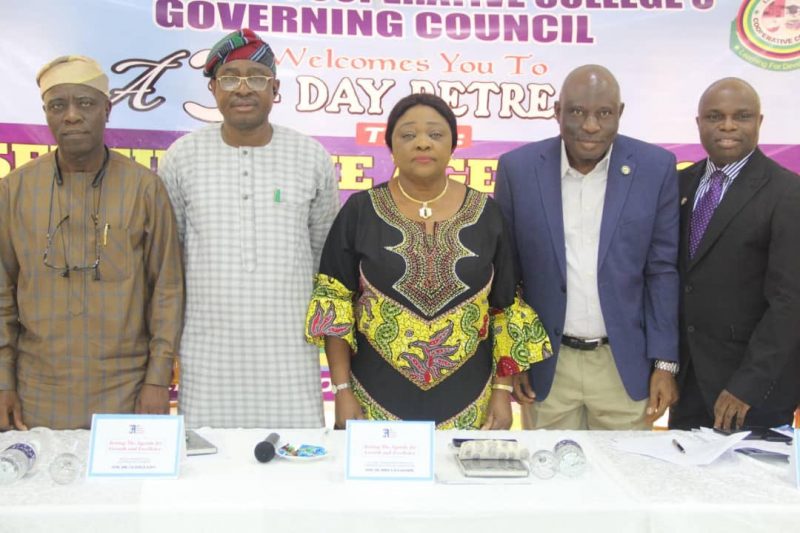 Lagos State Government has called on the State Cooperative College to develop an additional pragmatic policy framework for the development of the cooperative movement in the state to further actualize the economic potentials of the movement.

Dr Lola Akande, the Honourable Commissioner for Commerce, Industry and Cooperative gave this advice at the beginning of a 3-day Strategic Meeting of the College’s Governing Council and members of the Management Team of the College in Lagos.

The theme of the meeting, “Setting Agenda for Growth and Excellence” was to develop a developmental working document for the institution.

She said, “this meeting, presents a perfect opportunity to set the roadmap for the development of the Cooperative Movement which has been one major financial haven for the informal sector and an integral part of the State’s economy that keeps a significant number of the populace in employment.”

Akande added that the government was doing all that was humanly possible to make available to the sector the necessary skilled manpower to harness the economic potentials of the movement.

According to her, “the Cooperative Movement possesses the potential for more economic sustenance if well developed and better managed and this government aims to harness the potentials in the movement to create employment, eradicate poverty and boost socio-economic growth.

“Hence the Lagos State government in developing and fortifying the sector has presented before the State House of Assembly, a bill that would address all forms of sharp practices when passed into law”.

“Let me use this opportunity to enjoin you to develop a more robust, realistic and pragmatic policy framework for the College in attaining the set goals as the success in achieving our mandates is part of a collective action, which leaves us no option than to contribute our quota in attaining this objective”.

Speaking earlier, Honourable Oladele Ajayi, Special Adviser to the Governor on Commerce, Industry Cooperative, assured the institution of getting the necessary needed political will support to achieve success for the purpose in which it was established.

“On our part as political office holders with oversight responsibilities over the College, will use our good offices to pursue the realisation of the College’s mandates as spelt out in its enabling law to complement your effort in positioning the College on the path of growth, development and excellence.

Mr Raji Oyebowale the chairman of the governing council also speaking, stated that the essence of the Governing Council and the Management Staff meeting was to develop, formulate and prepare an encompassing policy document that would kick start methodological progress in the life of the institution.

He added that the college, though young in terms of operating as a full-fledged educational institution after its enabling Act was signed into law in 2018 has commenced a steady growth into its main objective of delivering knowledge.

Within one year of the inauguration of the Governing Council, he continued, ”we have been able to achieve the commenced of the part-time programme for Professional Diploma on Cooperative Studies.

”Also, we have set in motion necessary activities towards the commencement of full academic operations of National Diploma awarding programmes in the College by September 2021”.

He also used the occasion to solicit support from all necessary quarters in achieving success in the institution’s mandates.