Ortom to Buhari: No grazing routes in Benue 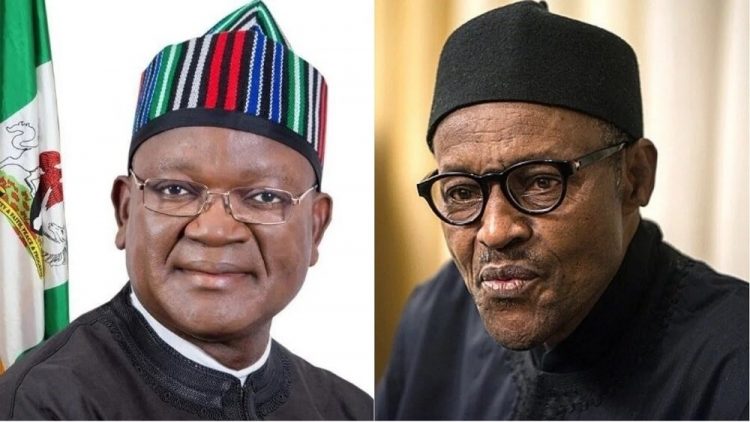 Benue State Governor Samuel Ortom has debunked President Muhammadu Buhari’s statement asking his attorney general to reopen all grazing routes as gazetted in the past.

But Ortom said there is no grazing reserves or cattle routes in Benue State to be opened.

“Grazing reserves are not in the Constitution. There is anti-open grazing law in Benue State and anyone who contravenes it would be arrested and prosecuted”, he said.

He advised the people of Benue State to use legal means and defend themselves as they have cried enough.

“We have cried enough, now it’s time to defend ourselves. We have talked too much and we are not talking again.

“Get yourself bow and arrow. If they attack you, come out of your house, you don’t need a license to own a cutlass stand up and defend yourselves and land. We must defend our land.”

He described the late Pa Akange as committed Christian who brought up all his children in a Godly way.