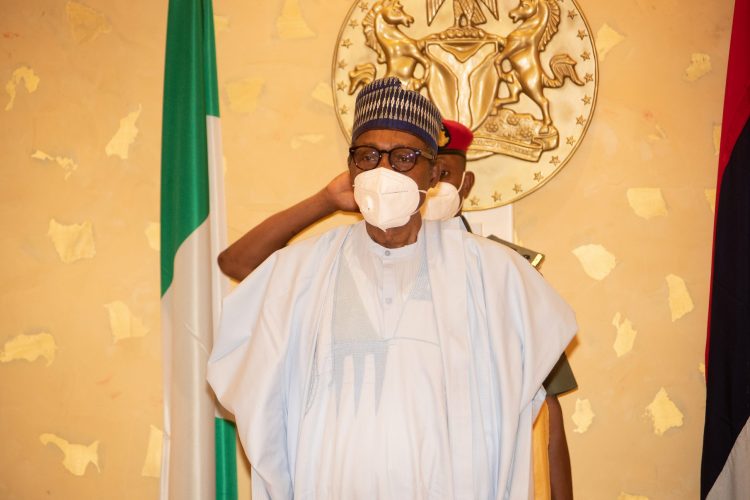 President Muhammadu Buhari Tuesday charged that the Nigeria Liquefied Natural Gas (NLNG) Train 7 be delivered on time so that the Train 8 project can commence.

The President gave the charge at the virtual groundbreaking ceremony of the project in Bonny Island, Rivers State,

He urged the Board of Directors, management and staff of NLNG, the host communities, the Rivers State Government and other Agencies of the Federal Government to continue to collaborate to ensure completion and eventual commissioning of the Train 7 project “safely and on time.”

”As we flag off the Train 7 project today, I look forward to the development and execution of more gas projects by the International Oil Companies (IOCs) and indigenous operators, and more Trains from Nigeria LNG to harness the over 600 trillion cubic feet of proven gas reserves we are endowed with.

”Let me use this opportunity to commend the shareholders of NLNG, the Federal Ministry of Petroleum, NNPC and the NCDMB and other stakeholders for very exemplary collaboration which has culminated in this great opportunity for Train 7.

”I want to thank the foreign investors for the confidence reposed in Nigeria, and assure all Nigerians and potential investors in the Oil and Gas sector that the Federal Government will continue to create the enabling environment in order to develop the sector and bring the full benefits of Gas closer to our people,” he said.

Going down memory lane, President Buhari recounted that the story of Nigeria LNG was one he had been ”passionately associated with during the formative years of the project.”

He said: ”As Minister of Petroleum Resources, I kicked off our first foray in LNG Business in 1978. At the time it was already apparent that Nigeria was mainly a gas-rich country with a little oil!

”It, therefore, gives me great joy to see the organization transform from just a project in the early 90s to a very successful company with over 20 years of responsible operations and a steady supply of Liquefied Natural Gas, Liquefied Petroleum Gas and Natural Gas Liquids into the global market.

”This is proof that Nigeria has a great capacity to deliver value to the world by harnessing our natural resources”.

The President, therefore, congratulated NLNG and its shareholders – NNPC, Shell, Total, and Eni for proving that a Nigerian company can operate a world-class business safely, profitably, and responsibly.

Praising the consortium for clearly setting the stage upon which Nigeria’s vast gas resources will continue to grow well into the future, the President added that the focus of his administration is to boost the development of Nigeria’s abundant gas resources, strengthen the gas value chain, develop the much-needed infrastructure and enhance safe operations in the sector as outlined in the National Gas Policy of 2017.

”Through the Decade of Gas initiative, which I recently launched, we will transform Nigeria into a major gas and industrialized nation with gas playing the key role as a revenue earner, fuel for industries, and necessary feed for petrochemicals and fertilizer plants,” he said.

The President also expressed delight that the NLNG as the pioneer LNG company in Nigeria, has conscientiously proven the viability of the gas sector over the years, currently contributing about one percent to Nigeria’s GDP.

”NLNG has generated $114 billion in revenues over the years, paid $9 billion in taxes; $18 billion in dividends to the Federal Government and $15 billion in feed gas purchase.

”These are commendable accomplishments by the company’s 100 percent Nigerian Management Team.

”With this level of performance, I can only hope that the company continues to grow to start with this Train 7 project but also positioning Nigeria to thrive through the energy transition,” he said.

In his address, the Minister of State for Petroleum Resources, Timipre Sylva described NLNG as a ”blessing to the nation”, noting that it has positively complemented crude oil exploration by monetizing flared gas and yielding huge revenue to the nation and investors.

Sylva added that since NLNG became operational in 1999, the nation has recorded a drastic reduction in operational flare status from 65 percent to 12 percent.

”I boldly say that the groundbreaking of Train 7 is a guarantee to every stakeholder of more dividends in terms of further reduction in gas flaring, more revenue to the nation and shareholders, more job opportunities especially at the construction phase and more social investments for the society, ” he said.

Also speaking, Anthony Attah, the Managing Director and Chief Executive Officer of NLNG, said Train 7 will increase NLNG’s overall capacity to 30 million tonnes per annum (mtpa) from the current 22 million mtpa, while further adding immense value to the nation and the people.

Attah noted that the project would stimulate the inflow of about 10 billion dollars FDI into Nigeria, create 12,000 direct jobs in Bonny Island and additional 40,000 indirect construction jobs.

He said the project would also further the development of local capacity and businesses through the 100 percent in-country execution of construction works, fabrications and major procurement.

‘‘Nigeria has ridden on the back of oil for over 50 years, but with this Train 7 project Nigeria is now set and I believe it is now time to fly on the wings of gas,’’ he said.