LASBCA to commence removal of structures under powerlines - P.M. News

LASBCA to commence removal of structures under powerlines 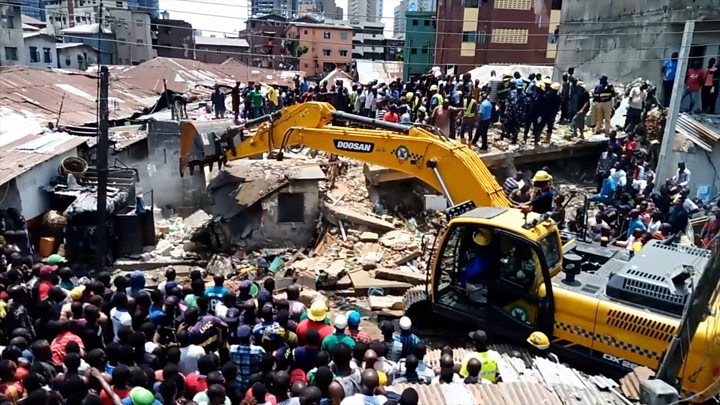 LASBCA to commence removal of structures under powerlines

The Lagos State Building Control Agency, LASBCA has decried illegal development under powerlines in the State, saying that some developments on Pipelines, Under High-tension cables, are in deviance to the State’s Physical Planning Law.

LASBCA stormed Peace Estate in the Gbagada area and its environment to serve abatement notices on structures illegally erected under high tension.

In a statement released on Tuesday, the General Manager of LABSCA, Arc. Gbolahan Oki said that if the illegal developments are not checked on time, such developments would pose huge threat to residents of the State.

They distort the aesthetics of the area and also threaten the security architecture of the area due to other illegal activities under the power lines.

He explained that the enforcement initiative to all buildings under powerlines shows that the Agency has gone a step further in establishing its presence across all strata of built environment in the State,

Oki said, “The Building Planning Law being enforced by LASBCA does not limit our operations to only removal of distressed, non-conforming and haphazard buildings but also cover shanties and structures under powerlines.

According to him, the Agency, following reports from concerned citizens of the State over erection of structures under powerlines and its attendant health hazard to the good people of the State.

LASBCA will swing into action in no time to remove all illegal structures on the pipelines, underpowerlines in the interest of public health and safety of Lagosians.

He, however, urged all residents of the State to continue to abide by the provisions of the Lagos State Building Planning Plan in order to achieve the developmental plans of the Government for the entire State.

The Lagos State Urban and Regional Planning and Development Law prohibit building under the centerline of overhead electricity cables, and should ensure that there should be a reasonable amount of distance between a property and high tension wire.

This exercise is just to ensure a sustainable, organized and livable environment for the citizens of the State. The State has zero tolerance for all structures and properties built under high tension cables.

During the exercise, not less than 50 structures were issued abatement notices with a directive to vacate the place before the commencement of its removal.