Israel was bracing Tuesday for a controversial flag march through Jerusalem, with fears of a fresh outbreak of violence in the contested city prompting a massive security presence.

Some 5,000 right-wing nationalists were due to parade through Jerusalem’s Old City waving Israel’s blue and white flag, with 2,000 police officers present.

Palestinians see the late afternoon march, which passes through the Muslim quarter of the Old City, as a provocation.

Fatah and Hamas, the two largest Palestinian organizations, issued a call for a “day of rage.”

The Israeli army has deployed additional forces to the West Bank, where there was a potential for any unrest spreading, according to a report in the Jerusalem Post.

The march has been organised by supporters of former prime minister Benjamin Netanyahu, who continues to put pressure on the new government, headed by Naftali Bennett of the pro-settler Yamina party.

The fragile eight-party coalition was sworn in by a margin of just one vote on Sunday, marking the end of the era of Netanyahu, at least for now.

There are concerns about a fresh escalation of violence due to the march.

The Palestinian Authority’s deputy governor of Jerusalem, Abduallah Siam, had earlier warned of an “explosion” in the city, according to local media reports.

The march was originally due to be held on May 10 to mark Jerusalem Day but was broken off due to rocket attacks on the city by Gaza’s ruling Hamas, after tensions escalated in the region at the end of the Islamic holy month of Ramadan.

Airstrikes and rocket attacks followed violent clashes over access to the Jerusalem holy site known as the Temple Mount to Jews and the Noble Sanctuary to Muslims.

Palestinians were also angered by forced evictions in the East Jerusalem neighbourhood of Sheikh Jarrah.

Israel captured the Arab-majority eastern part of Jerusalem in 1967.

Palestinians see it as their future capital, while Israel claims all of Jerusalem as its own capital.

In Gaza, 255 people died in the recent violence, while 13 died in Israel. 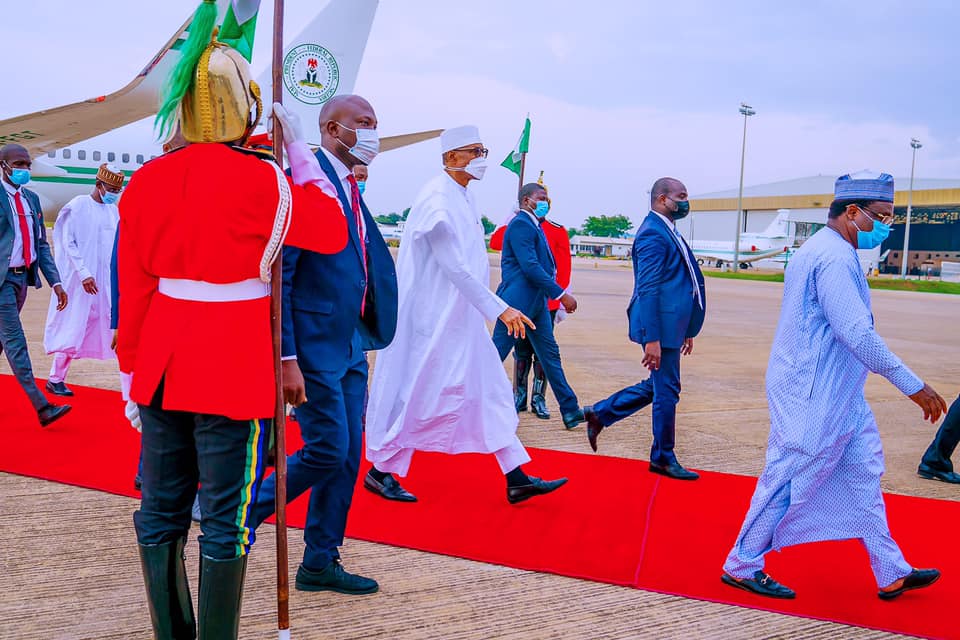 Emir of Daura: Nigeria lucky to have Buhari

One killed in free-for-all in Jigawa market