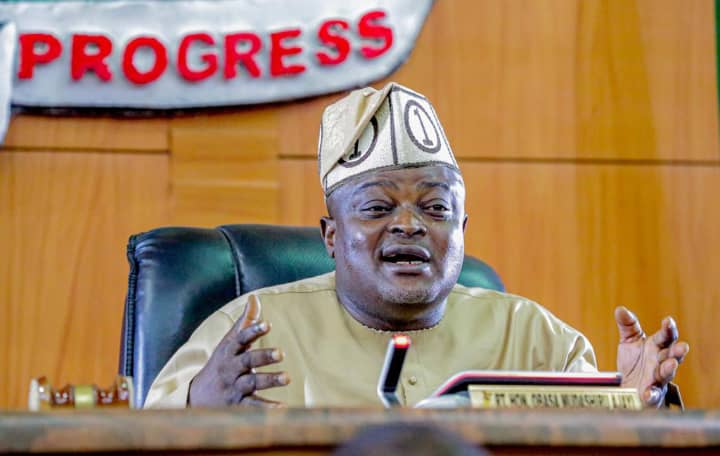 This was raised by Hon. S.O.B Agunbiade Under Matters of Urgent Public Importance on the floor of the House. He advocated that the recorded excellence of the institution must not be allowed to wither; therefore adding that Mr Babajide Sanwo-Olu is called on to take a pragmatic step to nip the controversy and crises in the bud.

Worried that the issues faced by LASU in the course of appointing its Vice-Chancellor will torpedo the excellence and giant heights it has recorded over time; Hon. Sanni Okanlawon stated that there are three fundamental issues that are affecting LASU which include clash of interest, intra campus competition and indigenous interest.

There must be moderation to indigenous interest or the impact will be disturbing. “We should be focused on professionalism and we must not shy away from bold and decisive steps that will resolve these issues.”

Aligning his position with Members of the House, Hon. Desmond Elliot observed that during the 8th Assembly, LASU Law was amended and by that it grew in leaps and bounds showing that the House advanced the institution with the position of a Vice-Chancellor and a Governing Council.

Elliot, however, maintained that the House should further ensure that a seamless transition is engaged for the immediate past Governing Council to a new one in LASU.

Recalling that before the retirement of an outgoing VC tenure, an interim had already been decided 8 months before, to oversee the activities of the outgoing VC; Hon. Gbolahan Yishawu attested that the issue has created a lacuna and the House must look into that to ensure that such a vacuum does not occur again.

Hon. Rasheed Makinde positioned that LASU is awarded subventions by the House to ensure qualitative experience and education to students which it fulfils.

However, each time a transition period is to occur, issues arise which regresses the good work of the immediate past Vice Chancellors.

In light of the submissions made by Members of the House, the Speaker raised that issue of succession draws the institution back and it seems the people in charge are trying to undermine the intention of the government.

He, therefore, mandated the Committee on Tertiary Institution (Education) to report to the House in a week.