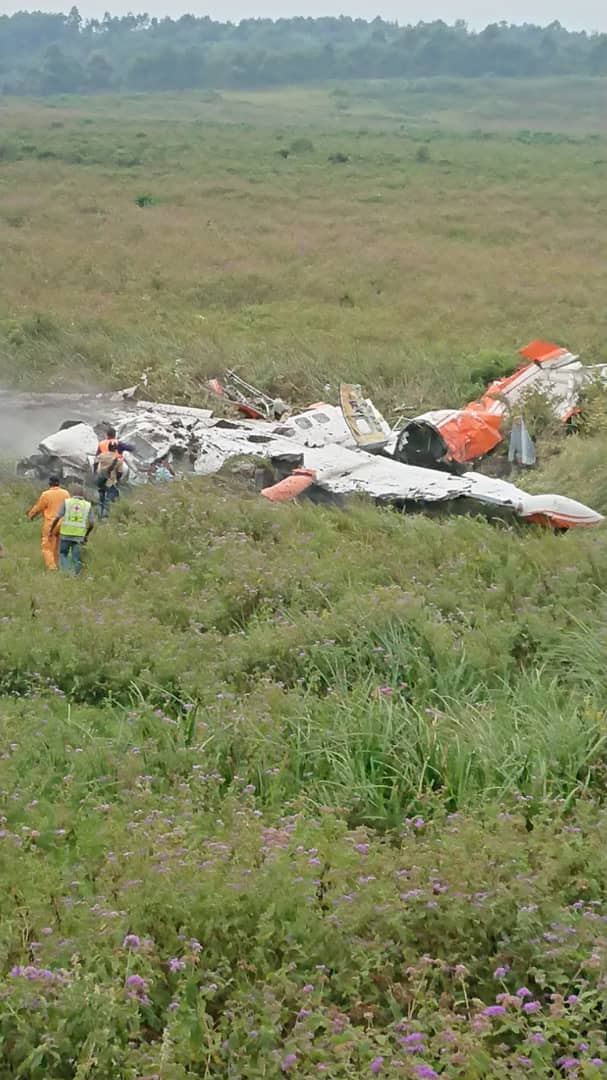 The plane wreckage at Kavumu Congo

Three persons were killed in a plane crash Wednesday at Kavumu airport in South Kivu province in eastern Democratic Republic of the Congo (DRC).

The three killed in the plane crash were two crew members and one passenger said Radio Okapi in a tweet.

According to Radio Okapi, the plane crash happened near Kavumu airport at around 12 noon local time.

The commercial plane of the company called KIN AVIA, crashed after take-off into a marshy ground.

The reasons for the crash are not yet known.

The plane was leaving for Shabunda.