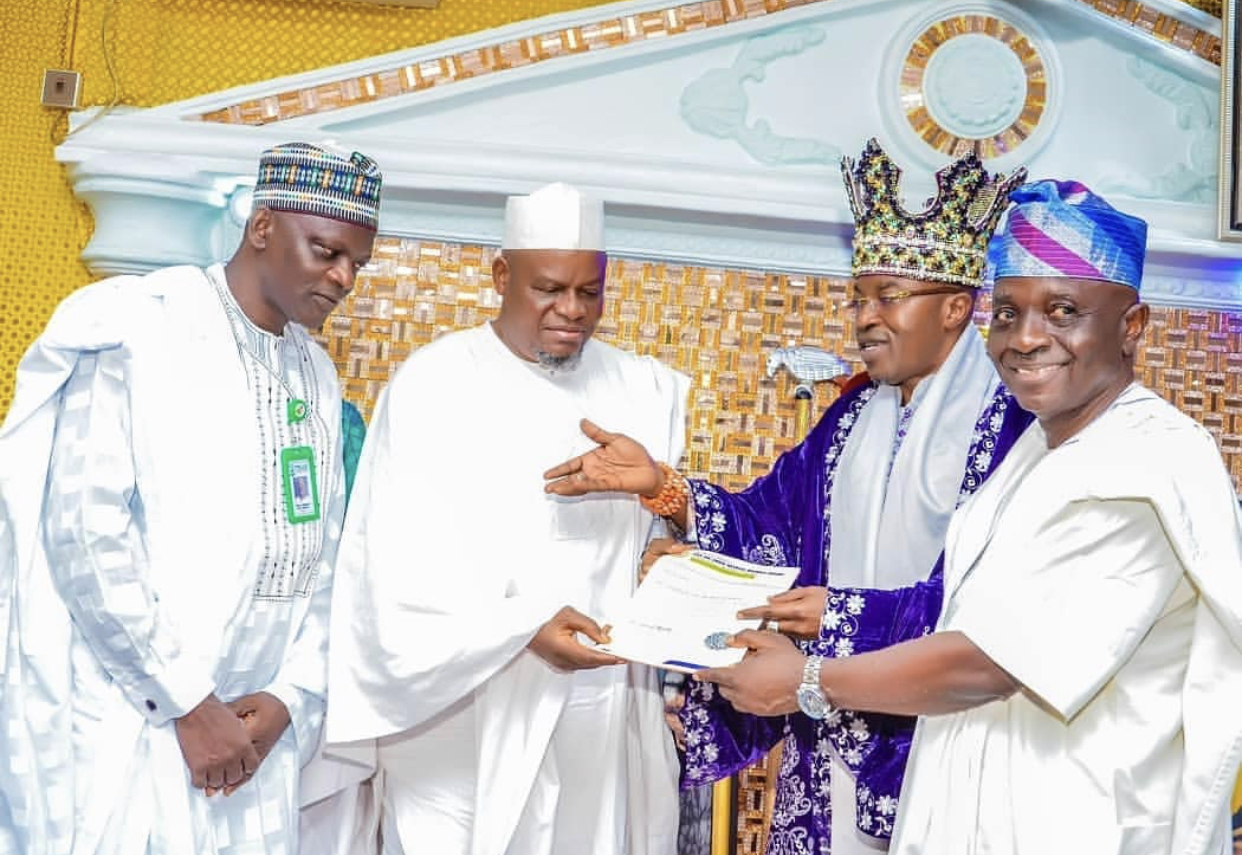 The Paramount Ruler of Iwoland, HIM Oba Abdulrosheed Adewale Akanbi, yesterday, presented the Certificate of Occupancy (C of O), to the management team of the newly established Federal College of Education, Iwo.

Presenting the certificate, Oba Akanbi assured the management team of security and cooperation in ensuring the college emerges the best in the nation in a few years.

Oluwo enjoined residents to encourage the school management in every possible means.

In his remarks titled “Together, We shall Build The Tower” the provost, Prof. Raifu Adebayo, Canvassed for usual and better supports to facelift the institution as the envy of others.

He hinted the school logo was designed to portray the culture of Iwo as the citadel of learning and home of parrot. The motto was also coined from the acronym “IWO” – Integrity, Wisdom and Optimism”.

The Asiwaju Musulumi of Iwoland who doubles as the institution’s Governing Council Chairman, Alhaji Liad Tella, in his unofficial presence and comments, described the school as his pride and a page of blueprint dream when he was contesting as a House of Representative. He said he has fought for a federal institution during the regime of Ibraheem Babangida that was given to Ede. He revealed the polytechnic has already been approved for Iwo but changed overnight. He attributed part of the failure to vacant stool as at then.

Alhaji Liad Tella commended Oluwo and many other federal, state and local government actors who participated to ensure the success of the agitation.

Alhaji Tella equally commended the senator representing Osun West Senatorial District, Engr. Adelere Oriolowo for his role in the actualization of the project.