Five burn to death as fuel tanker explodes in Ogun 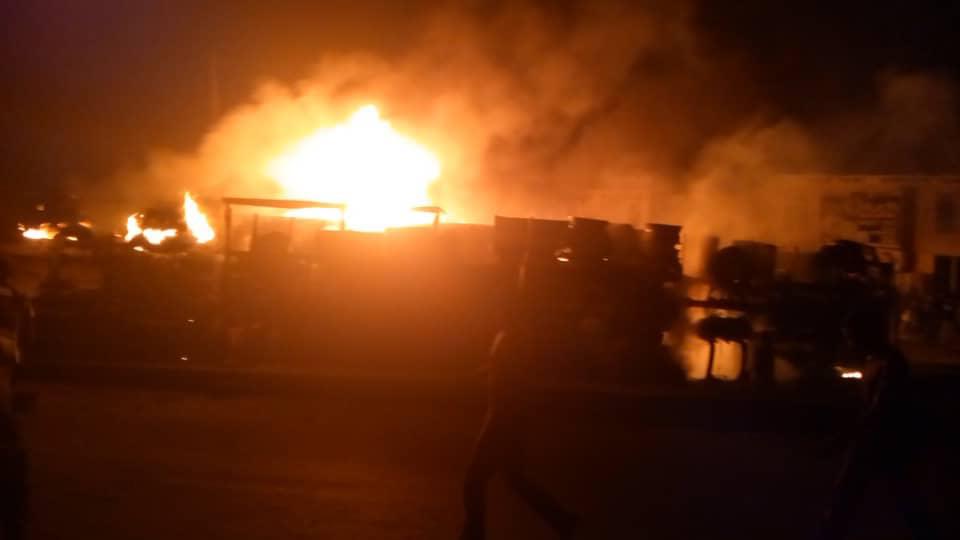 Five persons have been burnt to death as a fuel-laden tanker exploded at Owode-Idiroko Road, Ogun, Southwest Nigeria.

It was gathered that the truck, conveying 33,000 litres of fuel was descending a slope when the tanker detached from the truck and fell to the ground, leading to a loud explosion.

The explosion killed five persons on the spot and left two others injured and the victims were residents of the area.
The Federal Road Safety Corps (FRSC) Commander, Idiroko Unit,  Akinwunmi Olaluwoye, told journalists in Abeokuta that contrary to the reported seven deaths, only five deaths were recorded.
Olaluwoye who said that the accident happened at about 8:15am, added that the victims were burnt to death.
He said a bus and a motorcycle were equally razed in the explosion.
The Unit Commander disclosed that corpses of the victims have taken over by their family members.
He said “no vehicle rammed into the tanker. The tank dropped off from the back of the tanker and exploded. The number of persons involved are seven, five dead, two injured.
“The driver had taken away the head of the truck as at the time we got there. But we have allowed to police to take charge and handle that aspect.”
Tags:   fuel tanker explosion