Here I am: Tinubu arrives from Dubai (Photos, video) 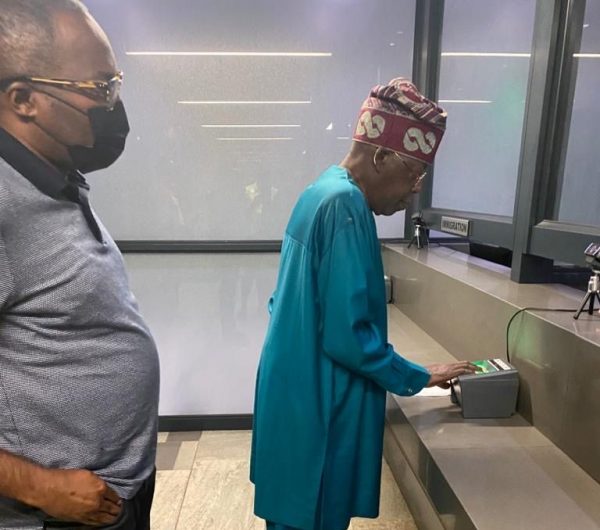 Tinubu on arrival from Dubai

National Leader of the All Progressives Congress, APC, Asiwaju Bola Tinubu arrived Lagos from Dubai on Tuesday night amidst rumours that he was dead.

Social media were awash of Tinubu reportedly dead, but his aide debunked the reports, saying that the former governor would soon arrive the country.

Tinubu did hit Lagos hale and hearty, putting those wishing him dead to shame.