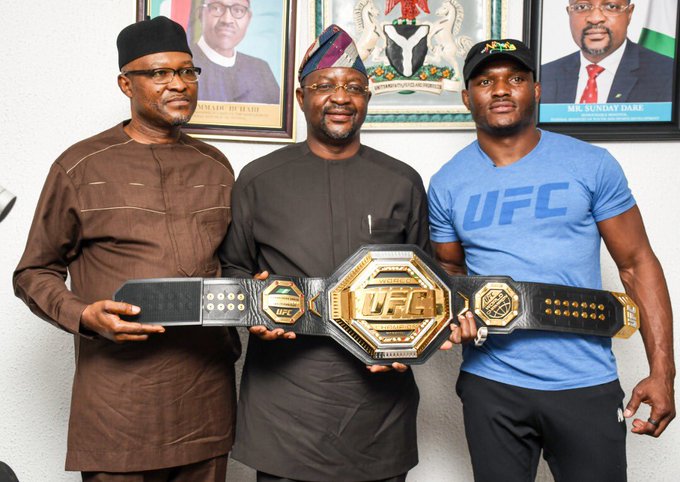 Usman, who had visited Kogi and Lagos states arrived at the airport 10.50 a.m. in a private jet.

He was received by Osaigbovo Iyoha, the Chief of Staff to the Edo Governor.

Other government top officials were also at the airport.

Cultural groups from Benin and Auchi were on ground to entertain the audience who were at the airport to receive the welterweight kickboxing champion.

Usman was expected to later visit the Samuel Ogbemudia Stadium to train with Edo kickboxers.