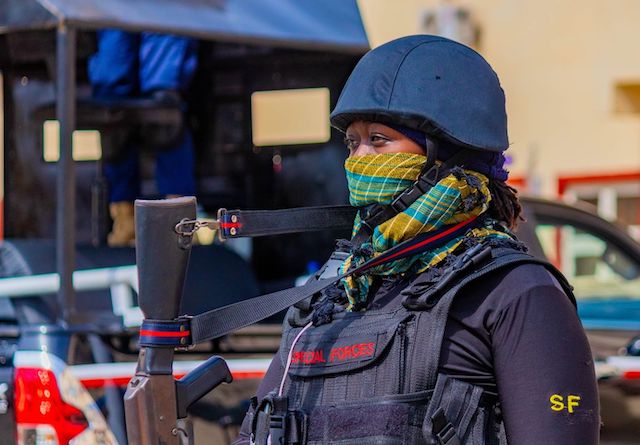 One Omolara Solanke has been arrested by the Nigeria Security and Civil Defence Corps, Osun State, for allegedly obtaining the sum of N2,680,000 from a political office seeker under false pretences.

A spokesman for the NSCDC in the state, Daniel Adigun, in a statement issued on Tuesday, explained that the suspect promised to assist a politician, Razaq Salami, 48, who was contesting the post of councillor, to win the election.

The money was to pay for the services of the 46-year-old suspect.

Adigun stated that the suspect, working with five others, took the victim to a town in Ekiti State where the sum was obtained from him, after which they fled.

“In the process, Omolara Solanke was apprehended. The NSCDC boss in Osun State, Commandant, Emmanuel Ocheja, through the anti-fraud unit, handed over the suspect to the Ekiti command of the corps for further investigation and possible prosecution,” the statement added.