The 60-year-old Grammy Award winner unveiled the tracklist of the project scheduled for release on Friday in a Twitter post.

Burna boy featured the legendary singer on ‘Do Yourself’, the fifth track on the much-awaited album, while Yemi Alade featured her on ‘Dignity, already release song that addressed police brutality, and Mr Eazi on ‘Africa, One of a Kind’ 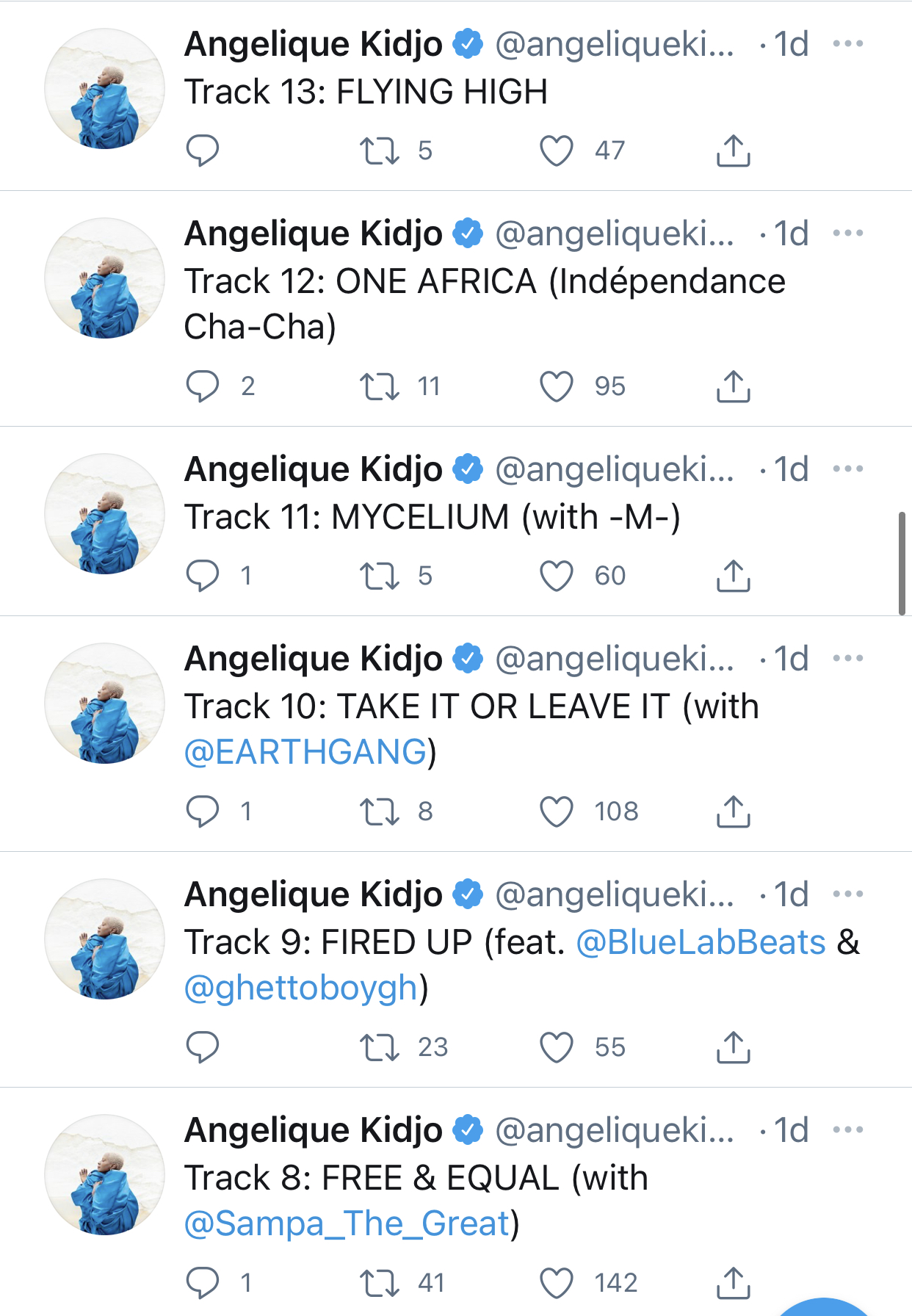 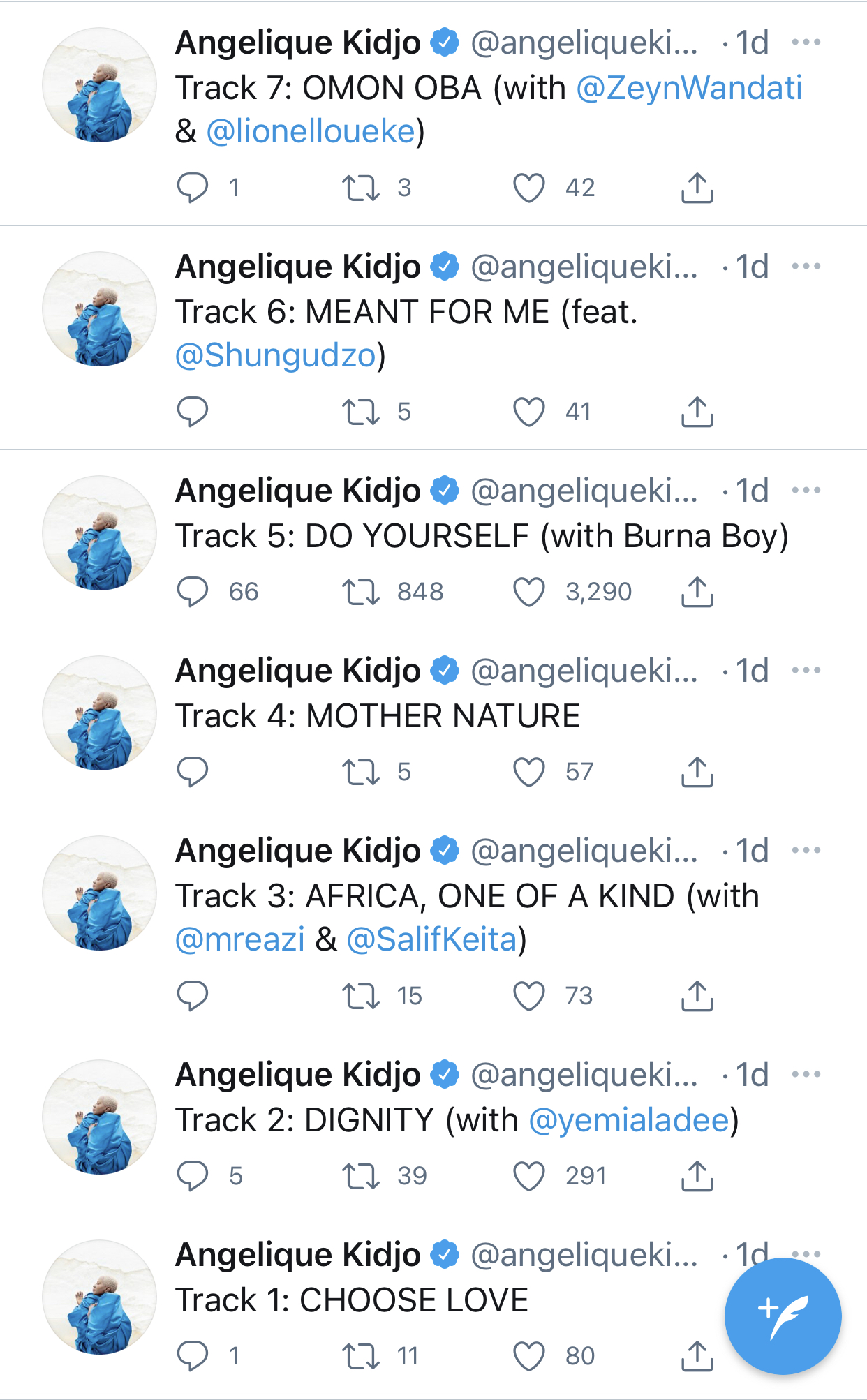 Kidjo and Burna boy have won the ‘Best World Music Album’ category at the Grammys, with Burna Boy initially losing the prize to the Beninese singer in 2020.

Kidjo had at the time dedicated her win to Burna Boy, describing him as being among those changing the narrative of music-making in the continent.

“He’s among those artistes from Africa that are changing the way that our continent is perceived and the way that Africa’s has been the bedrock of every music,” she had said.

‘Mother Nature’ is the Beninese diva’s first album of her own songs since 2014’s Eve, on which she celebrated the role of women — since then she has released two cover albums, one of the Cuban exile Celia Cruz, the other a reclamation of the Afrobeat roots of Talking Heads’ Remain in Light.

The virtual collaborations that makeup Mother Nature team her up with a new generation of musicians from Africa and the diaspora, tackling big themes from climate change to her home continent’s role in the world.