Five facts you should know about Abula 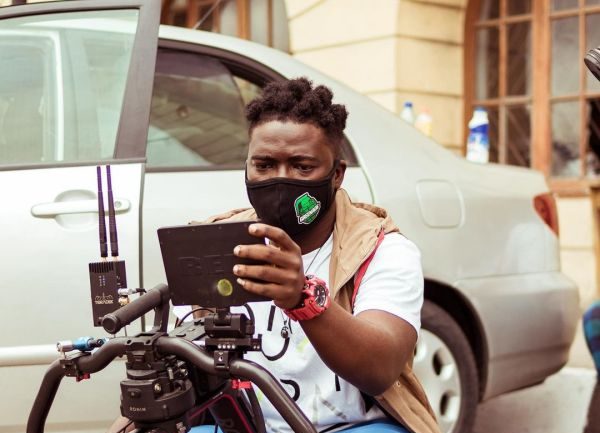 Abdulazeez Greene Oladimeji popularly known as Abula is a Nigerian video director, cinematographer, and actor, who has several video credits to his name.

He has also shot music videos for a couple of Nigerian musicians. Abula co-directed the music video for ‘My Body’ by Zlatan featuring Olamide. He also directed ‘Waka Jeje’ by Danny S featuring OIamide.

He has worked with many other Nigerian A-list artists such as Falz, Simi, Tubaba, Adekunle Gold, Naira Marley, Lyta and lots more.

The young director has created a niche for himself with The Greenade Company, his Production company, showing that he’s not competing with others.

Abula is engaged to Nigerian Instagram comedienne and actress, Taaooma.

Here are 5 things you don’t know about him.

1. He was born Abdulazeez Greene Oladimeji.

2. He studied History and International Relations at Lagos State University.

3. He is from Lagos State where he was brought up and live there.

4. He is also an actor & he plays the Instagram character called Sergeant Semiu Macaulay.

5. He taught Taaooma how to shoot and edit videos in the early days of her career.