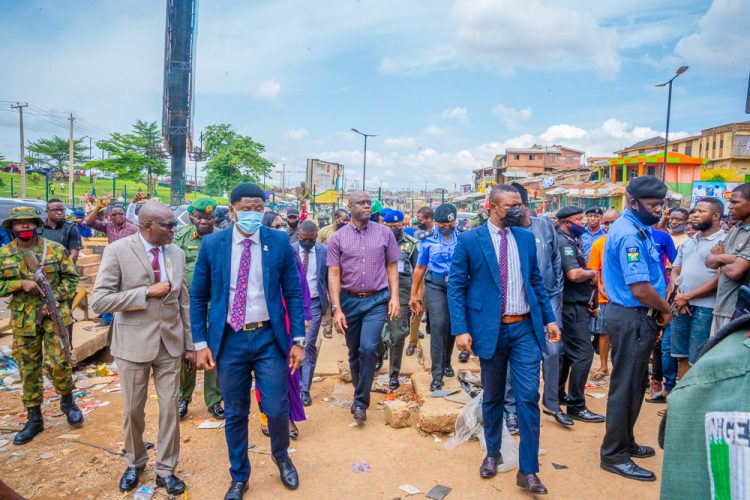 Governor Seyi Makinde of Oyo has vowed to bring to book those involved in the deadly clash in Iwo Road on Wednesday.

Two persons died in the clash.

The governor said this on Thursday after he visited the scene, where some drivers, park managers and telephone sellers clashed in the popular Iwo Road park in Ibadan.

While lamenting what happened, Makinde said he would ensure everybody involved would be brought to book.

‘I visited the scene of the Iwo Road incident this morning. The loss of lives during the mayhem that occurred is unfortunate and should never have happened. I give you my word that we will ensure that everyone involved in the dastardly act is brought to book, he wrote.

‘I have ordered investigations. In the meantime, we will sanitise the area behind Iwo Road where cultists congregate and review the Park Management System. We have also informed the phone sellers to choose representatives who will discuss how we can assist them.

There were several versions of the cause of the clash.

One version said members of the proscribed National Union of Road Transport Workers (NURTW), otherwise known as Park Management System (PMS), clashed with phone dealers, over the sale of a phoney phone.

Another version explains that the attack on the shop owners was a counter attack between the Auxilliary PMS boys and members of the proscribed NURTW on Tuesday.