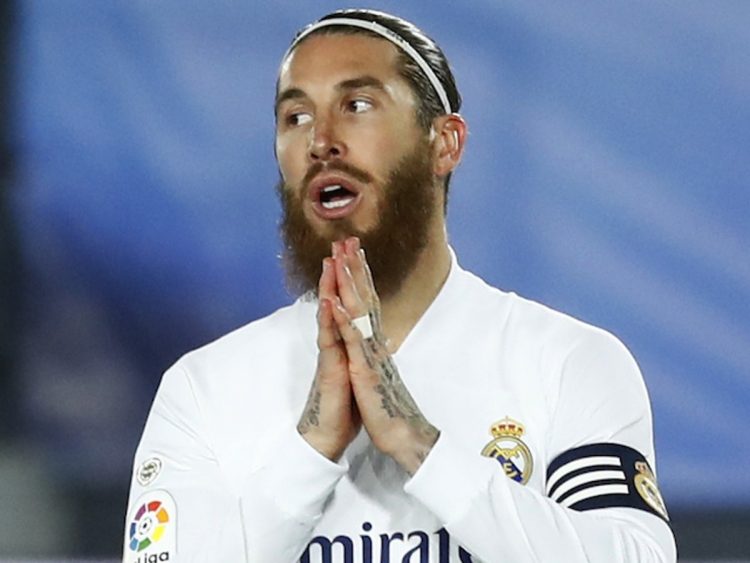 Sergio Ramos on Thursday paid tribute to Real Madrid with a farewell speech, promising a return.

Ramos had earlier revealed that he “never wanted to leave Real Madrid” and was ready to accept the club’s offer of a one-year contract extension, but was told the offer had expired.

The Spain international, in a press conference organised by the club, thanked God for giving him the opportunity to join Real Madrid at the age of 19.

The veteran defender also told Real Madrid fans that he would be back at the club sooner or later.

“I joined the club with the support of my parents and brothers at the age of 19. I was just a kid, and thanks to God, I have now got a marvellous family, with a wife and four children,“ Ramos said.

“I am fortunate enough to be able to say that we were a really united family when I joined, and I leave with the great family that has always supported and been there for me.”

“You can never prepare yourself for this, but the time has come to say goodbye to Real Madrid. I want to thank everyone for putting up with and respecting me: the club, the president for his affection and all of the staff, who are like family to me, the coaches… It’s impossible not to get emotional about this because I have been here for many years.

“I also want to thank the fans, who have backed me since I joined the club. I would have liked to have been able to say goodbye to them at our stadium. Thanks to Real Madrid. You’ll forever be in my heart. This is the end of a unique and marvellous chapter and I don’t think that I will ever experience anything quite as I have here. Rather than a goodbye, this is to see you soon because, sooner or later, I will be back”.

Madrid announced on Wednesday that the 35-year-old will leave when his deal runs out at the end of June.

Ramos became emotional during a farewell ceremony on Thursday, which was attended by club president Florentino Perez, board members, club staff and Ramos’ family.

“In the last few months, the club made me an offer of one year, with a pay cut.

“It wasn’t a financial problem. They offered me one year, I wanted two. I wanted calm and continuity for my family.

“In the latest conversations, I accepted the offer with a pay cut, and I was told there was no longer an offer. I was told that despite having given the OK to the proposal, it had an expiry date and I didn’t realise … It surprised me,” Ramos said.

Ramos, who has captained Real Madrid for over five seasons, spent 16 years at Los Blancos.

The 35-year-old won 22 trophies during his time at the Santiago Bernabeu.