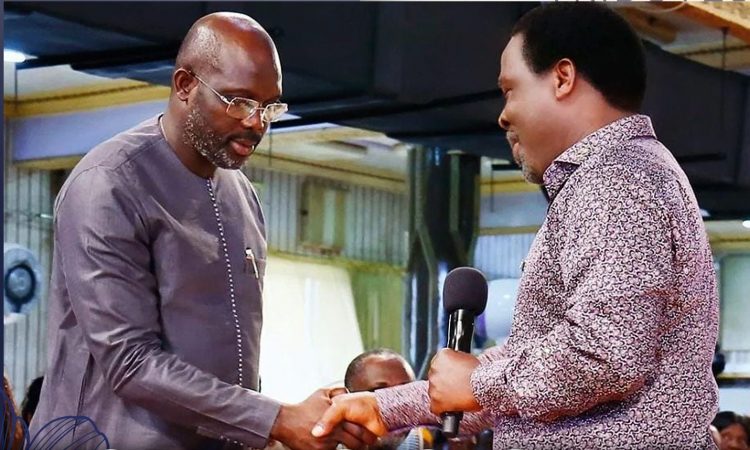 Liberian President, George Weah says he is saddened by the death of founder of Synagogue Church of All Nations, SCOAN, Prophet T.B. Joshua.

The President said the Clergyman had impacted so many lives, including his, before Joshua’s passing on Saturday, June 5, 2021 at the age of 57.

Weah had come to value the spiritual guidance of the Televangelist ever since the 2017 visit and worship service he had with SCOAN’s congregation.

At the time, TB Joshua called President Weah his “brother”, whom he said was “here today because he loves his country and wants God’s choice for his country… he is not here to impose himself”.

He had also offered prayers for the Liberian nation and people.

The President conveys his condolences to TB Joshua’s family, the Nigerian people, the church and all those around the world impacted by his loss.

He urged them to take solace in the Lord.