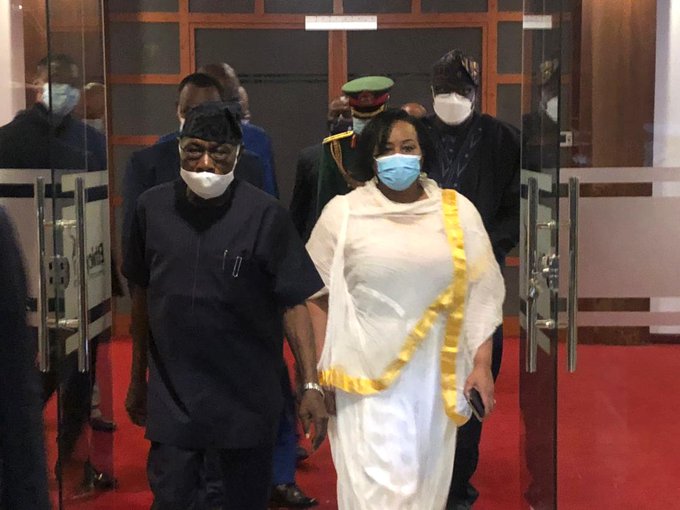 Obasanjo in Ethiopia on Thursday

Obasanjo is the head of the African Union Elections Observation Mission to the country.

The election was originally slated for August last year.

But the COVID-19 pandemic forced a postponement by 10 months.

Then technical hitches forced another weeks-long delay in May.

Staging the polls in the vast country of 110 million is a logistical challenge at the best of times.

And things are worsened by unrest, conflict and Covid-19.

Campaign for the elections ended on Thursday.

Ethiopian Prime Minister Abiy Ahmed campaigned in the southern city of Jimma on Wednesday, where he outlined his vision of a peaceful, united and prosperous Ethiopia

It was his final campaign rally.

His upbeat speech comes at a time of widespread ethnic unrest and economic difficulties, as well as a conflict in the northern Tigray region where the UN warns 350,000 people face famine.