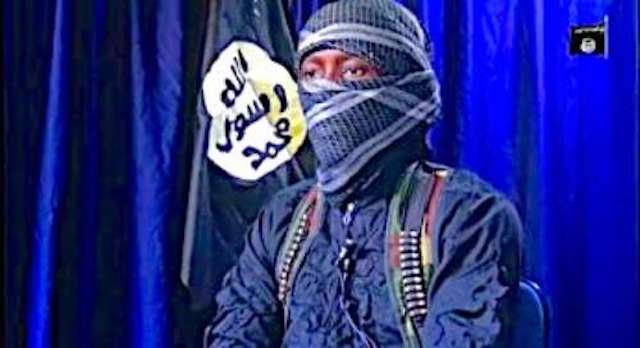 Twenty-four year-old, Bakura Sahaba Modu, has emerged as the new leader of Boko Haram, following the death of its leader Abubakar Shekau.

Shekau committed suicide by by blowing up himself, after he was arrested by rival terror gang, Islamic State of West Africa, headed by Abu Musab al Barnawi, son of Mohammed Yusuf, founder of the terror group.

Modu who appeared in a new video spoke of the readiness of the group to work with the Islamic state of Iraq and Syria.

His statement in Arabic was said to have confirmed the death of Shekau, as he prayed for Allah to forgive the shortcomings of the former spiritual leader.

He also called on fighters who had been with Shekau not to lose heart but to brace up with realities and find their ways to the fold.

Audu Bulama Bukarti of Tony Blair Institute for Global Change who spoke to BBC Hausa service said this is an opportunity for the Nigeria military to cash in on the infighting amongst the terrorist groups to finish them once and for all.

“That’s an opening for security forces to step up attacks now that they’re fighting each other… and also perhaps an opportunity to divide the ranks, to say, ‘Those of you who want to defect, defect and come to us’,” said Bukarti.

Bukarti said the death of Shekau was a heavy blow on the terrorist faction under his leadership and doubted if the new leader has the capacity to do what Shekau did during his reign of terror across the northeast region.

Modu who was surrounded in the video by top commanders of the former spiritual leader, Abubakar Shekau, was said to have led a fight to ISWAP camp killing many fighters and top commanders loyal to Abu Musab Al Barnawi.

Bukarti also said that Abu Musab Al Barnawi is losing ground as the leader of ISWAP as group members have likened him to the wicked son of the prophet.

This implied that his father late Mohammed Yusuf has laid the ground well but Barnawi’s leadership is bringing more uncertainty in the group’s ideology.

Vincent Foucher, a Boko Haram researcher at the French National Centre for Scientific Research, said Modu’s comment that his group believes in Islamic State is a sign that Boko Haram may be seeking a form of reconcliation with ISWAP.