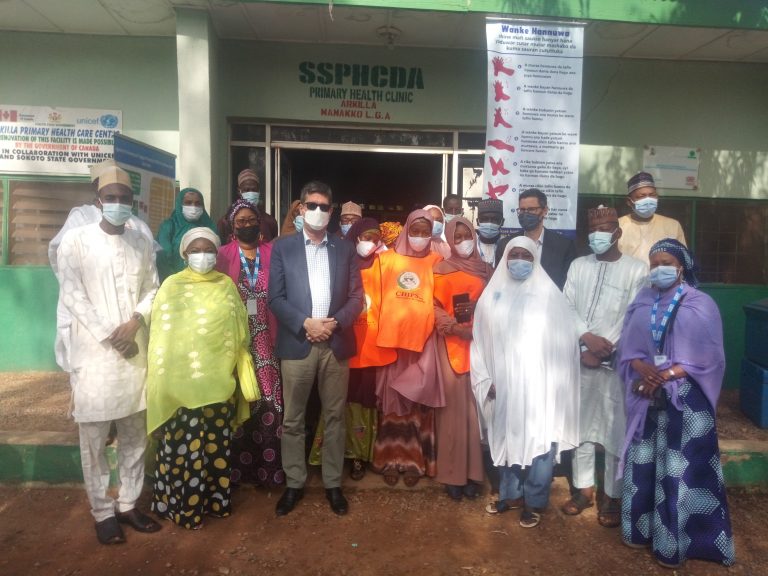 Mr Nicolas Simard, the acting Canadian High Commissioner to Nigeria, has reiterated Canadian Government’s commitment to work with donors, Federal Government and partners to improve the health and wellbeing of Nigerians.

Simard stated this when he visited Arkilla and Kofar Rini Primary Health Care (PHC) centres, as well as, the Emergency Operation Centre (EOC) at Sokoto Specialists Hospital on Saturday in Sokoto.

He expressed satisfaction with successes recorded on community engagements with Plan International and the UN Population Fund (UNFPA) aimed at improving the lives of citizens.

The acting high commissioner said the targeted goals of the project were to reduce the prevalence of Sexual and Gender Based Violence (SGBV), Child Early and Forced Marriage (CEFM), obstetric fistula and Female Genital Mutilation and Cutting (FGM/C).

He added that “I am pleased with the results of community advocacy and commitments, along with the overall level of achievements through the Canada project.

“Canada is proud to be associated with the achievements, aimed at ensuring that adolescent girls access quality education for their good health and productive future goals in life.

“Canada has strong belief that communities and societies will reap maximum benefits from the engagements.”

He explained that the project was also aimed at creating an enabling environment and provide treatment and care for women and girls living with fistula, forced marriage, rape, genital mutilation, among other forms of Gender Based Violence (GBV).

He commended the Federal Government, the Sokoto State Government and partners on the level of achievements in that regard and urged them to sustain the efforts.

He said personnel were empowered to disseminate the right information on COVID-19 to reduce the spread, improve responses and contain the virus.

He noted that the Canadian Government had approved 100 million doses of vaccines in the global fight against COVID-19 and assured that Nigeria would benefit in the second line support arrangement of vaccinations.

Hajiya Kulu Sifawa, who spoke on behalf of the Sokoto State Government, said the project gave Nigerians hope and optimism toward achieving success in all sectors.

Sifawa, who is also the Commissioner for Women and Children Affairs, said “I can deliver the visions of the project because Nigeria has the capacity, the target of the project is to achieve zero FGM and harmful practices, zero preventable maternal deaths and zero unmet need for family planning.”

She noted that the target population are; women and girls between the ages of 15 and 49 years, men and boys, community leaders (men and women).

The team, comprising the acting Canadian High Commissioner, officials of Plan International and UNFPA, inspected facilities at PHCs, clinic registers, and interacted with workers and community groups on project activities.