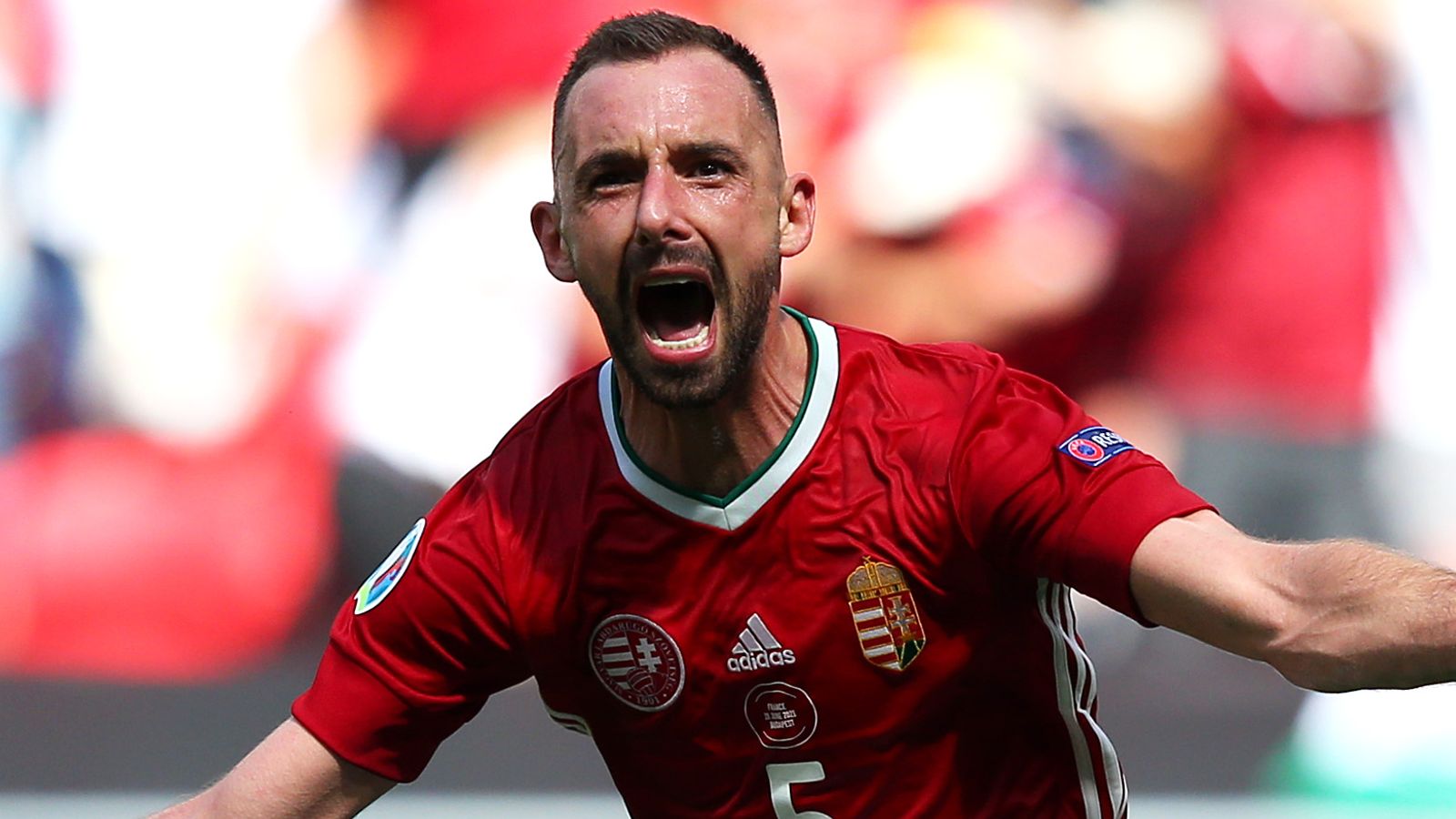 Tournament favourites France were held to a surprise 1-1 draw against Hungary in their second Euro 2020 Group F game in Budapest.

France missed two big chances to take the lead through Kylian Mbappe’s header and Karim Benzema’s sliced effort wide, but Hungary stunned the world champions through Attila Fiola’s finish having been put through on goal (45+2), sending the home crowd into raptures.

In a cauldron atmosphere in Budapest, France levelled on 66 minutes through Antoine Griezmann, finishing up at close range after Mbappe had held up Hugo Lloris’ long kick upfield.

They could not grab a winner, and the result means France have four points after two games, which should be enough to make the last 16 as they finish their group stage against Portugal on Wednesday, while Hungary, on one point, must beat Germany in their final game in Munich.

Hungary started intensely in the blistering heat of Budapest, cheered on by a full house as the Puskas Arena, but was leaving gaps in the defence.

Mbappe came within inches of opening the scoring, running onto Lucas Digne’s wicked left-wing cross to head just wide of Peter Gulacsi’s left-hand post, before Mbappe’s superb flick set up a big chance for Benzema, only for the forward to slice wide from 12 yards out.

France were moving through the gears and pinning Hungary back as the first half wore on, but the hosts took a shock lead in stoppage time through Fiola.

Benjamin Pavard was slow on the turn as Fiola latched onto Roland Sallai’s touch behind the French defence, and under pressure from Raphael Varane, the Hungary right-back slotted low into the bottom right corner past Lloris.

Fiola’s opener for Hungary was the first time France had conceded in six matches in all competitions, ending a run of 527 minutes of play without shipping a goal.

Didier Deschamps brought on Ousmane Dembele for Adrien Rabiot early in the second half, and though the Barcelona forward struck the outside of the post from just inside the box moments after arriving, Hungary continued to frustrate France.

But for all the talk of France’s attractive style of play, the leveller was route one. The quick-thinking Hugo Lloris’ long punt upfield was held up brilliantly by Mbappe, and his centre deflected off Willi Orban to fall kindly to Griezmann to sweep home from eight yards.

It was Griezmann’s seventh goal at the Euros; only Cristiano Ronaldo (11) and Michel Platini (9) have more.