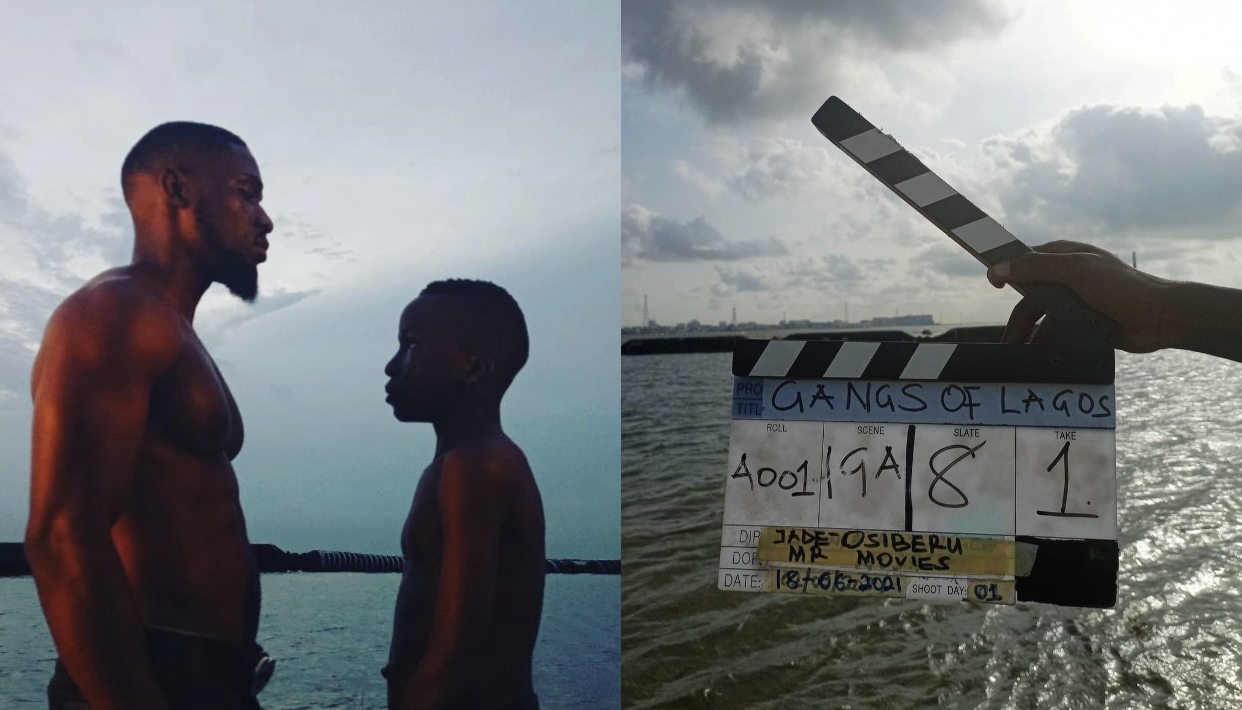 Jade Osiberu, Nigerian filmmaker and the producer of “Ayinla” has shared snippets from her latest feature film titled ‘Gangs of Lagos’.

The “Sugar Rush”and “Isoken“ director unveiled a first look at the new film set in Lagos and based on true events.

‘It’s a double celebration day! Today, as the first film in our slate #AyinlatheMovie releases in cinemas, we roll our first scenes on my next feature film, Gangs of Lagos. Set predominantly in Isale Eko and inspired by real-life characters, I’m really looking forward to bringing this story to life,” Osiberu wrote on Instagram.

Teality star turned actor, Tobi Bakre recently announced he was cast in the lead role for the forthcoming project.

‘Gangs of Lagos’ is produced by Kemi Lala Akindoju.

Confirming the production, she wrote on Instagram: “Excited to be producing the next #JadeOsiberuFilm with the amazing Jade Osiberu. Always a pleasure making magic with you baby gurl. Make we run am!”