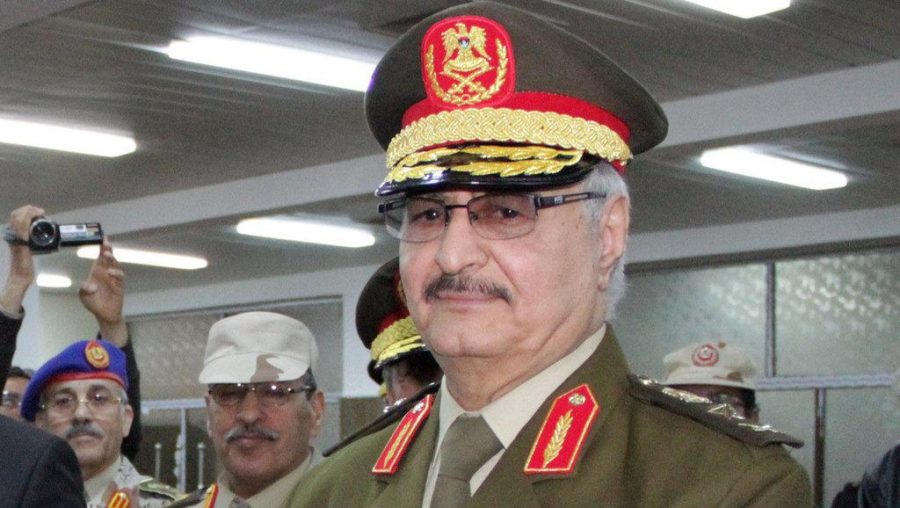 Forces loyal to Libya’s eastern-based commander Khalifa Haftar have closed the border with Algeria, they said on Sunday.

The closure followed major deployments of Haftar forces to the south, underscoring his continued role despite efforts to unify the country.

Haftar’s Libyan National Army (LNA) last week sent troops into the southern city of Sebha, which was already allied to eastern forces, and then on Saturday to a southern border crossing with Algeria.

“The armed forces has closed the Libyan-Algerian border and declared it a military zone in which movement is prohibited”, said the Moral Guidance Department, an LNA media unit.

The nearly 1,000-kilometre (620 miles) border between Algeria and Libya cuts through mostly uninhabited desert and has few crossings.

Haftar was put onto the back foot last year after the collapse of his 14-month offensive against Tripoli, while a new unity government backed by a U.N.-facilitated peace process has called into question his political position.

However, despite progress towards a political solution for Libya after a decade of violence and chaos, most of the country is controlled by armed groups.

Corruption is rampant and the outside powers involved in the conflict have not withdrawn.

Progress is expected on Sunday in implementing the terms of a military ceasefire in place since September, with the planned reopening of the main coast road across front lines.

Foreign powers will also convene in Berlin this week for Libya talks.