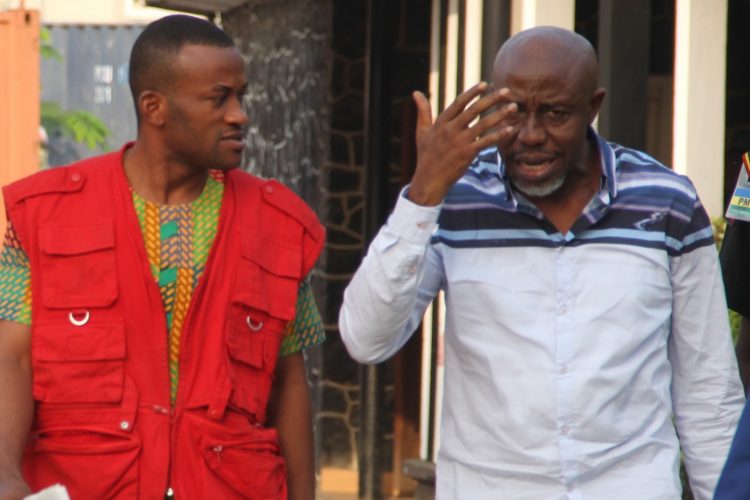 The trial of Victor Uadiale and Capt. Everest Nnaji before Justice Mojisola Dada of the Special Offences Court sitting in Ikeja, Lagos for an alleged $5 million fraud continued on Monday, with the Economic and Financial Crimes Commission, EFCC, presenting more evidence against them.

Uadiale and Nnaji are facing a three-count charge bordering on obtaining by false pretence to the tune of $ 5million, to which they pleaded “not guilty”, when they were first arraigned on December 14, 2018.

One of the counts reads: “That you, Victor Uadiale (aka Victor Emeka/Amaka Emeka), Captain Everest Nnaji, and Ismail Lawal (now at large) between 22nd April and 12th day of October 1998, in Lagos within the jurisdiction of this Honourable Court, with intent to defraud, obtained the aggregate sum of $1, 292, 000. 00 (One Million, Two Hundred and Ninety Two Thousand United States Dollar) from Tawfeeq A. Al-Omar, a Kuwaiti national, by falsely representing to him that the said sum represented payment for Urea Phosphate fertilizer, which you claimed was procured from National Fertilizer Company of Nigeria (NAFCON), Port Harcourt and Bonny Light Crude oil, which pretext you knew to be false and committed an offence contrary to Section 1(3) of the Advance Fee Fraud and Other Fraud Related Offences Act, No. 13 of 1995 as amended by ACT No. 62 0f 1999.”

At the resumed sitting today, prosecuting counsel, Rotimi Oyedepo, who led the third prosecution witness, Danladi Daniel, an EFCC operative, in evidence, presented more documents to prove the case against them.

The documents were all admitted against the defendants by the Court as Exhibits P38 to P53.

In his examination-in-chief, Daniel, who identified all the documents, further narrated how the EFCC had immediately swung into action, after receiving a petition from the complainant.

He said: “We confronted the second defendant with our findings, but he said he could not recall because of the length of time; so, he asked for time to contact his bank.

“He later came back that he had written to the bank and was waiting for their reply.

“However, he came back with an email that the bank declined giving the statement of account on the grounds that the bank had since closed the account.”

According to the witness, he and another operative, Abdulkarim Chukkol, took it upon themselves to visit the Country Representative of Barclays Bank in Nigeria.

He added: “She was able to view the account in our presence with her laptop computer and confirmed that the account had since been closed and that she did not have any clearance to give a third party details of the account. So, she advised us to either approach the second defendant to approach the bank to release the details or go by the Legal Mutual Assistance to be able to recover the details.”

He also told the Court that the EFCC, thereafter, engaged SOCA and the FBI “to facilitate the speedy process and we followed up with the Nigerian authorities, by writing to the NFIU and the Office of the Attorney-General of the Federation, AGF.

“The NFIU confirmed that the transaction actually occurred.”

He further told the Court that in order to establish the fraud case against the defendants, the EFCC contacted MTN for the call logs of two numbers, which were identified as the phone numbers used to communicate with the victim.

According to him, “Having studied the bundles of documents submitted by the victim to us through his lawyer, we found that the defendants had done everything to make sure there was no transaction traced to Nigeria and the only thing were the two phone numbers the victim gave us as the recent ones he used to reach the first defendant.

“We, therefore, decided to write to MTN requesting the call records of these two numbers.

“Going through, we were able, by analysis, to identify frequent callers and individuals who were calling from the same location.

“We got two individuals laying claim to the numbers.

“One of them resides in the same vicinity with the first defendant.

“We invited and interviewed him and he confirmed that the first defendant was the one using one of the phone numbers.

“We traced the first defendant to his house and arrested him.

“By the time of arrest, we were able to recover a phone with a SIM card bearing the same number.”

The matter was adjourned till Tuesday, June 22, 2021, at the request of the prosecution, for the SIM card and other items recovered in the course of the arrest to be tendered before the Court.